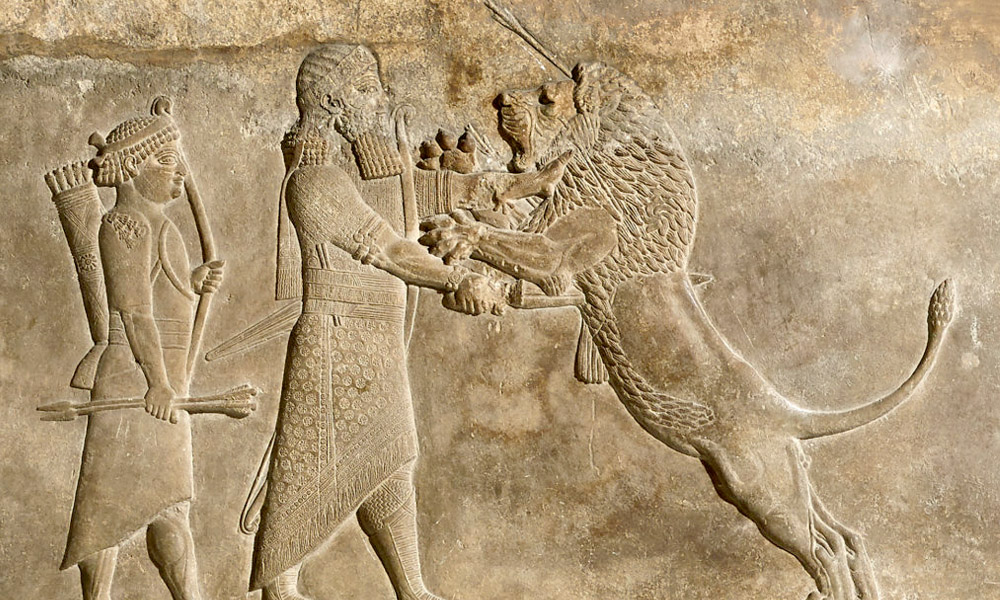 It is difficult to say precisely when the elites – that small segment of the population of a state who lived off the labor of those who worked the soil, dug the irrigation canals and took care of the domestic animals – began to s arrogate exclusive hunting rights. . Yet we know from Greek, Roman and Hindu myths that hunting became a sign of status and power. (Recall Xenophon’s annual garden celebration of the goddess of the hunt.) And the monopolization of the hunt meant that the peasants would remain tied to plowing the fields and digging the irrigation canals. We cannot do justice to the great variations in hunting across cultures that arose with the spread of agriculture, let alone all the variations that took place during about 6000 BCE until the late 19th century, but we can briefly examine the core characteristics of how the rise of empires and eventually nation states shaped the hunt.

Hunting most likely became the first sport of kings. Historian Erich Hobusch’s survey of hunting history documents how kings and emperors carved out exclusive hunting grounds for themselves and were prepared to punish, sometimes harshly, intruders. Varying degrees of elite monopolization appear almost as soon as stable regimes emerge in the Middle East, Eurasia, South Asia and Europe. Unfortunately, the records of the ancient world are skewed in favor of these elites whose possessions, burial sites, palaces and temples are far more likely to have survived as evidence compared to the humble possessions of peasants. As a result, we cannot be sure of the extent of elite hunting dominance in early empires or how commoners hunted. Commoners must have hunted and at least occasionally risked hunting in private reserves. In some areas elite domination of hunting has become almost complete for periods of time. England was such an extreme example. In 1723, in response to an increase in poaching, the Black Act was passed, making poaching a capital crime. (The law was repealed in 1823.)

Another common feature of hunting in emerging empires was an emphasis on killing the best carnivores and other dangerous animals. The Assyrian King Tiglath-Pilser I (1112-1074 BC) boasted: “At the command of Ninurta, my patroness, I, with a brave heart, killed 120 lions in a terrible fight, facing animals on foot. I also killed 800 lions from my war chariot. Classical archaeologist Judith Barringer reports that confrontations with boar were common in depictions of the hunt in ancient Greece. The Romans notoriously did fight shows with lions. In India, elite hunters have a proven track record of killing tigers and leopards, especially in direct hand-to-hand combat. Dangerous animals provided a test of bravery and strength that granted elites an aura of invincibility as well as superhuman abilities. The ability of the elites to dominate the wildest beasts legitimized their domination over their subjects. It also underscored the claim that elites were able to protect the weak.

Piling up the carcasses of large dangerous animals must have been impressive. But that was not enough for some. The same king of Assyria who boasted of having killed hundreds of lions added, almost after the fact: “Every kind of game of the fields and fowl in the sky, I have made my career out of.” Over time, these royal hunts became increasingly elaborate, enlisting hundreds of peasants to drive game, large and small, to the waiting hunters. Meat distribution practices vary widely and details are scarce. This is admittedly a guess, but it seems likely that in the early stages of state formation, bounty sharing was probably common, but in mature states, where stratification was explicit and rigid, and where the royal family was surrounded by a great retinue of courtiers, little, if anything, would accrue to the peasantry.

The myths and trappings of elite hunting served the elites well, but they could not stifle criticism. Two examples will suffice to illustrate the long-term fragility of elite hunting; both involve Britain and its empire. Puritan and Quaker opposition to the Crown focused on the excesses of the elites, not the least of which were their extravagant hunts, which offended the sensibilities of Protestant sects for whom excess amounted to idolatry. When the dissidents founded the American colonies, they laid the foundations of what was to become, by turns, a model of democratic hunting, clearly juxtaposed with that of the elites.

A continent away in India, and a century and a half later, the British, who had by then responded to discontent at home by developing a hunting philosophy that became known as the “sport hunter”, celebrated hunting and rejected the goal of stacking mountains. of dead animals (or at least the celebration and public display of such achievements). But they caved in to local Indian elites, who depended on extravagant hunts to assert their status. When India gained independence in 1947, the new government essentially banned almost all hunting.

The legacy of centuries of elite hunting dominance has created three distinct hunting cultures. One, dominant in some former colonies, is a total ban on hunting; the second is an elite sporting tradition, followed in much of Europe and the British Isles; and third, a democratic hunting pattern that characterized North America.

Jean Dizard is the Charles Hamilton Houston Professor Emeritus of American Culture at Amherst College. He is the author of books and articles on the evolution of the family, race relations and, particularly relevant to hunting, articles on environmental policy, hunting ethics and wildlife.

Marie Zeiss Stange is Emeritus Professor of Women’s Studies and Religion at Skidmore College. She is internationally recognized as the authority on women and hunting, and specializes in writing and communicating about women, firearms, hunting and ecofeminism.

This article is excerpted from Dizard and Zeiss Stange’s book “Hunting: A Culture History”.