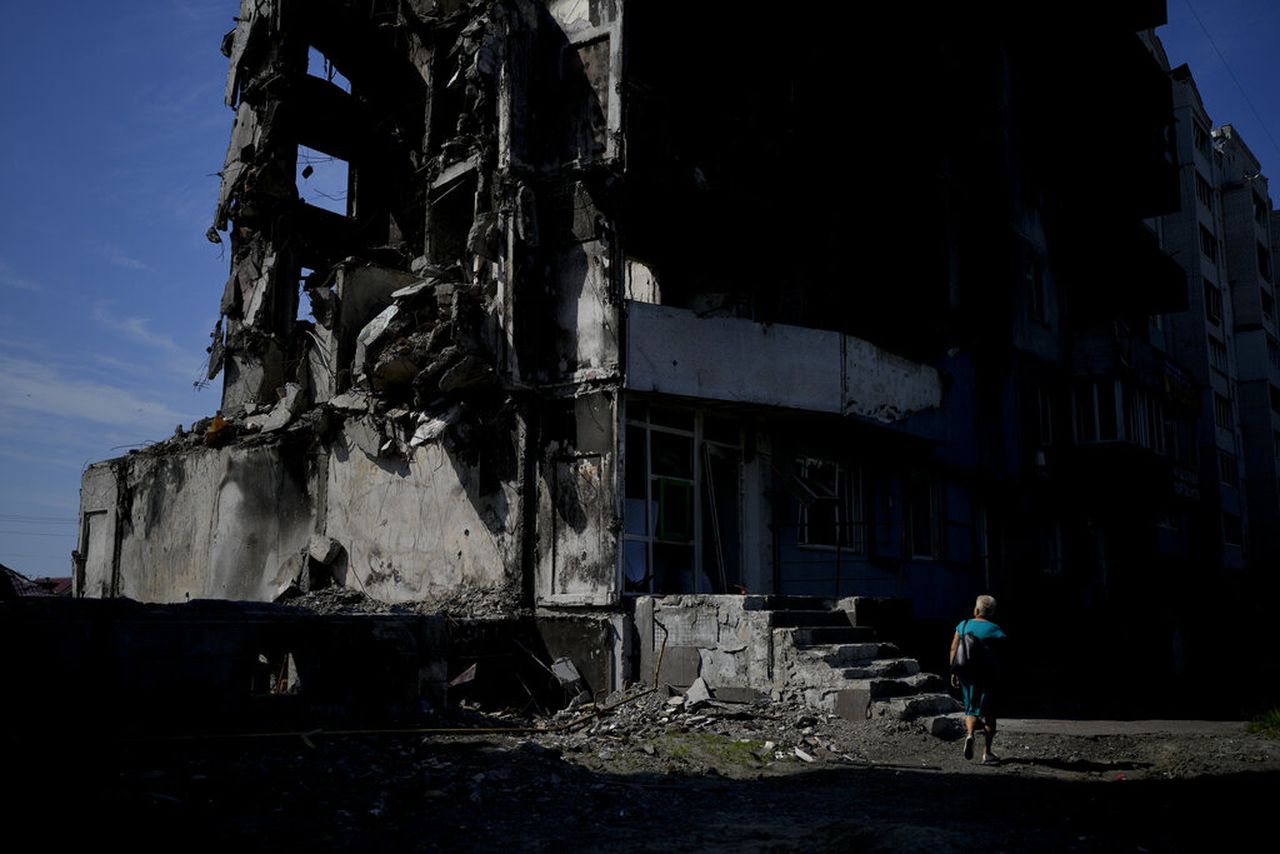 KYIV, Ukraine (AP) — A Ukrainian photojournalist and a soldier accompanying him appear to have been “coldly executed” in the first weeks of the war in Ukraine as they searched the Russian-occupied woods for the missing drone from the photographer’s camera, Reporters Without Borders said on Wednesday.

The press freedom group said it sent investigators back to the woods north of the capital, Kyiv, where the bodies of Maks Levin and soldier Oleksiy Chernyshov were found on April 1. The group said their team counted 14 bullet holes in the couple’s burnt carcass. car, which remained in place.

Citing the findings of its inquest into the deaths, the group said disused Russian positions, one of which was still booby-trapped, had been found nearby. Also found were remnants of food rations, cigarette packets and other trash apparently left by Russian soldiers.

Some of Levin and Chernyshov’s personal effects, including the soldier’s identity papers, parts of his bullet-proof vest and the photographer’s helmet, were also recovered, Reporters Without Borders said.

A Ukrainian team equipped with metal detectors also located a bullet buried in the ground where Levin’s body was, he added. The group said the find suggests “he was probably killed with one, possibly two bullets fired at close range while he was already on the ground.”

A can of gasoline was also found near where Chernyshov’s burnt body was found, he added.

According to Reporters Without Borders, his findings “show that the two men were undoubtedly coldly executed”.

Levin and Chernyshov were last heard from on March 13. A GPS tracker in their vehicle gave their last location, in the woods north of Kyiv, the group said.

The group speculated that Levin may have been searching for his drone when he and Chernyshov were killed.

He said Levin lost his drone in the area on March 10 and was unable to recover it because it came under Russian fire. Drones have become a common tool for photojournalists to obtain aerial photos and video.

Reporters Without Borders said Levin sometimes shared information gleaned from his drone, including on Russian positions, with Ukrainian forces.

“But the use of his drone was above all a journalistic enterprise, confirmed by those around him and illustrated by the images sold to the media since the start of the Russian invasion,” he said.

The group said it had handed over the evidence it collected and dozens of photos to Ukrainian investigators.

The group said it was unable to confirm whether autopsies had been carried out on the men’s bodies, a step it said was essential to the investigation into their deaths.

He also called on Ukrainian defense and intelligence agencies to provide investigators with all the information they have on Russian units occupying the area. during Moscow’s failed assault on Kyiv.

Separately, Russian officials said a drone strike on Wednesday caused a fire at an oil processing plant in southwestern Russia.

The fire engulfed a piece of machinery at the Novoshakhtinsk plant in the Rostov-on-Don region. Authorities said dozens of firefighters quickly brought the blaze under control and no one was injured.

The factory said in a statement that the fire was caused by a strike carried out by two drones, calling it a “terrorist” act. He did not give details, but state news agency Tass reported that two Ukrainian drones flew over the plant and one of them slammed into a heat exchanger, starting the fire.

Regional Governor Vasily Golubev said that fragments of two drones were found on the territory of the plant.

Ukrainian authorities have not confirmed the strike.