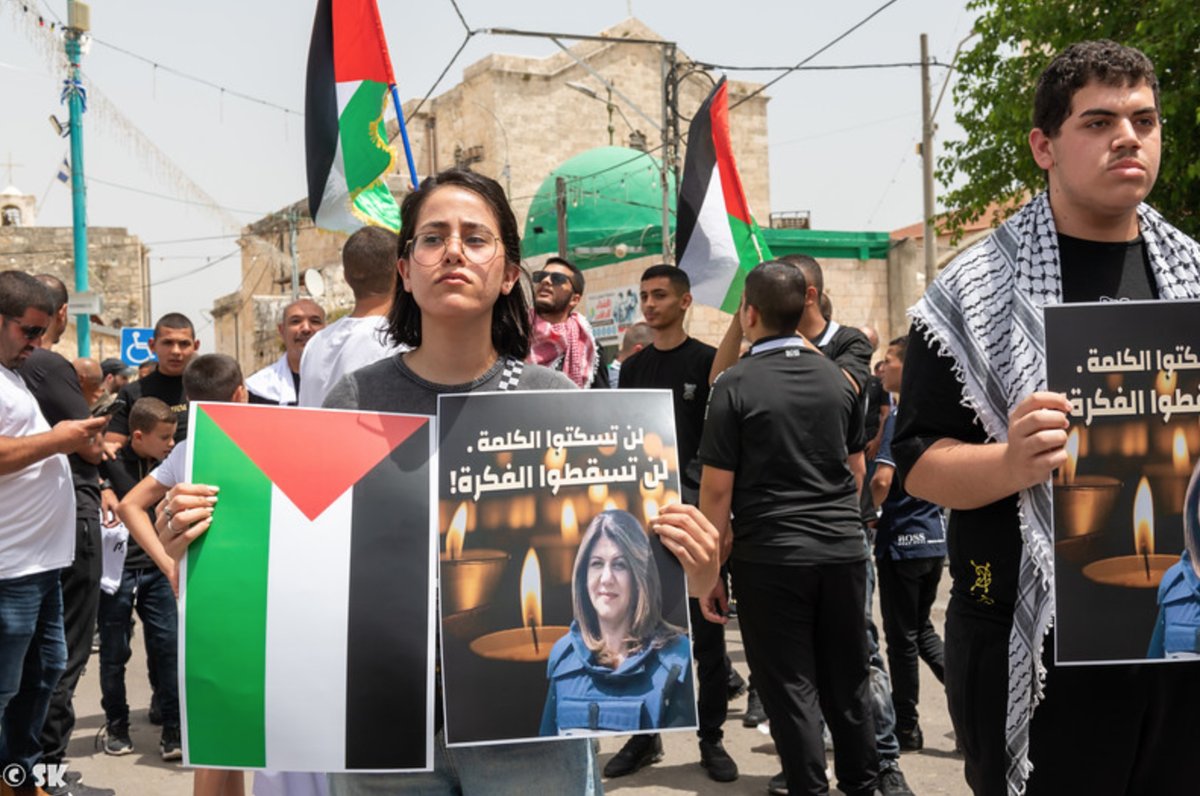 After Abu Akleh’s death, Israeli officials — after changing their official account and reversal of their initial claims that unidentified Palestinian militants had killed her – announced that they would not investigate the circumstances surrounding his murder.

At a minimum, the United States and other allies of the Israeli government should cooperate with and support the United Nations Independent International Commission of Inquiry into Human Rights Violations in Israel and the Occupied Palestinian Territories.

This decision is part of a long-standing pattern: the Israeli forces have regularly targeted journalists – Palestinian journalists, in particular – and bombed media offices, including the offices from Al Jazeera and the Associated Press in May 2021. And yet, despite all of this, there is little evidence that the Israeli government or its military have taken any steps to meaningfully investigate or stop these attacks.

If the Israeli authorities do not act, the international community must do so. The international community’s response to Abu Akleh’s murder will resonate far beyond Israel and Palestine. Globally, governments and non-state actors are increasingly targeting journalistsand local authorities cannot always be relied upon to investigate journalist murders — either because they lack the capacity or because the authorities themselves may be implicated.

Impunity is a serious threat to global press freedom and represents an urgent crisis for the international community. Israel may be the latest example, but there are many others, including the 2018 murder of jamal khashoggi, in which Saudi security and intelligence officials killed and dismembered Khashoggi in Istanbul. The Saudi government pledged to hold the killers accountable – and, predictably, failed to do so.

And this year alone, the Turkish authorities have agreed to upload their own essay of Khashoggi’s murder to Saudi Arabia, thereby sacrificing the last semi-independent investigation into his death.

All of these killings demonstrate that it is often tragically unrealistic to expect local and national authorities to hold them accountable for violations of press freedom and human rights. This time, the onus is on the international community to investigate Abu Akleh’s death. The US should take the lead, given its close relationship with the Israeli government and Abu Akleh’s US citizenship.

Ultimately, a mechanism for truly independent investigations must be internationalized and institutionalized. This obliges the UN and its member states to formally prosecute when such killings occur. Bringing these crimes to light on the world stage is the best avenue we have for real justice.

This column was edited by Progressive Perspectiveswhich is led by The progressive magazine and distributed by Tribune News Service.