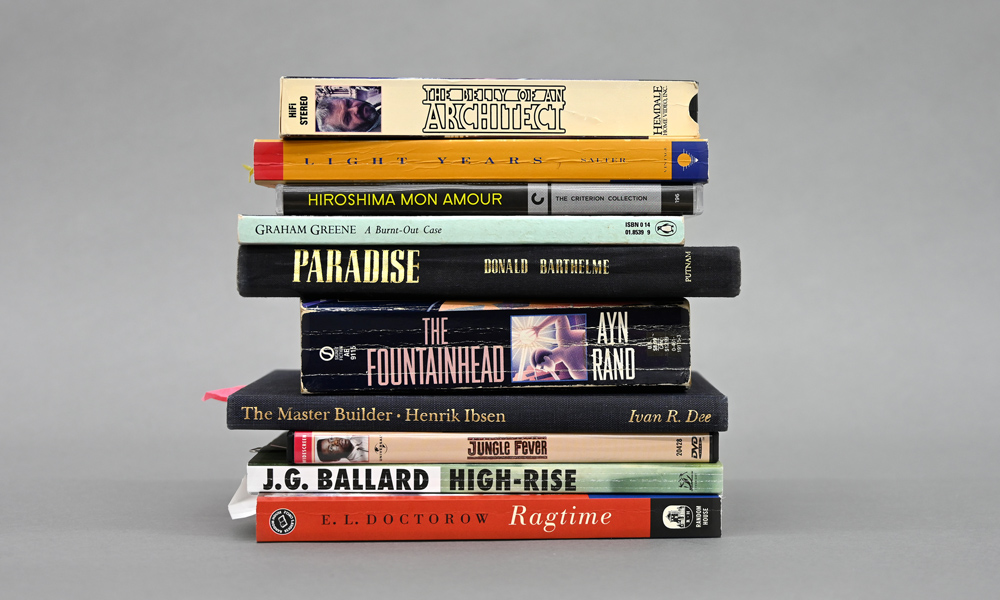 The architect as a tragic hero

Artist and writer Justin Beal explores how a literary and cinematic archetype influenced the cultural role of the modern architect.

In a 1905 article, “The Architect in Recent Fiction,” The Architectural Record Editor-in-Chief Herbert Croly argues that modern fiction “has recast the figure as a leading man.” The old image of the architect, writes Croly, as the smooth and hypocritical Seth Pecksniff in Charles Dickens’ “Martin Chuzzlewit” or the joyless megalomaniac Halvard Solness in Henrik Ibsen’s “Master Builder”, has given way to an emerging class of characters that demands a new accounting as a social and professional figure. The following excerpt from Justin Beal’s book “future sandâ€Explores how this literary and cinematic archetype has influenced the cultural role of the modern architect.

The younger of the two said, â€œYou don’t look like an artist.

For the next several weeks, that comment echoed in my head. What did an artist look like? What did I look like? The more I thought about it, the more I understood how I had always avoided identifying with an artist by hiding behind the figure of the architect, a complicated double-sided image that I had constructed from experience. and fiction – teachers, friends, and characters from novels and movies. I didn’t want to be an architect, but I felt comfortable with the archetype. It was a common image in the art world when I entered it, and I took advantage of it.

It was also an easy mask for me to put on, as it is a mask that is still, to an astonishing degree, almost uniformly white and masculine and inflected by some sort of privilege or another i.e. that it was easy for people to look at me and see an architect. If there was an element of artifice in this arrangement, it was not sincere.

I had studied architecture. I had worked briefly as an architect. I spoke the language. I was fascinated by what an architect was and was not, and part of the satisfaction of assuming that identity was knowing that he was just a mask. A real architect is stuck working in the field of representation. She does not make buildings; she does drawings and models and renderings and diagrams of buildings. She relinquishes control just as the idea becomes form, and I, at least until now, had been steadfast in my commitment to making things.

There were architects I knew – my mom’s boyfriend in high school who gave me a summer job building linden models, and my dad’s kind, heavy friend who gave up a career in lawyer to design houses. There were also the most famous architects, but just like the less famous, their personalities seemed predetermined by what everyone expected of them, by a cultural preconception of their role, and by a feedback loop between fact and fiction.

Ayn Rand envisioned the uncompromising ethical egoist at the center of “The Fountainhead” as an architect and based Howard Roark on an autobiography that Frank Lloyd Wright primarily composed. What better profession for an objectivist than the creative genius who must rely on capitalism for its own achievement and what better metaphor for this achievement than a building? â€œA house can have integrity just like a man,â€ Roark tells a client, â€œAnd just as rarely. “

EL Doctorow, knowing a fascinating character when he saw one, wrote the real Stanford White – charming, talented, ambitious, titled – in his historical novel “Ragtime”. White’s very public affair with teenage showgirl Evelyn Nesbit and her murder at the hands of her jealous husband on the roof of a building of his own design helps anchor the tragic archetype in historical fact.

There’s Anthony Royal, the vengeful mastermind of JG Ballard’s eponymous â€œHigh-Riseâ€ and Querry, the disillusioned architect, of Graham Greene’s â€œA Burnt-Out Caseâ€. Shades of Querry haunt Simon, the beleaguered protagonist of Donald Barthelme’s penultimate novel, “Paradise,” though instead of a leper colony, Simon finds himself in a sort of postmodern purgatory, spending his days in the company of three lingerie models, amused, cooking elaborate meals and reflecting on her mediocre architectural achievements with a mixture of nostalgia and regret.

Together, the stories become entangled in a knot. Architects are creative, but measured; passionate, but ethical; they project a just trust and an inflected right of privilege. They’re all adultery. On the surface they are smart, ambitious, attractive, driven by conviction and purpose, but on the inside they are tortured, full of conflict and shame, their good intentions twisted into something monstrous.

The cinema reinforces the archetype of the architect with a remarkable specificity even in a medium enamored of current characters – Henry Fonda in “Twelve angry men”; Albert Finney in â€œDeux pour la routeâ€; Sam Waterston in â€œHannah and Her Sistersâ€; Donald Sutherland in â€œDon’t Look Nowâ€; Paul Newman in “Towering Inferno”; Gabriele Ferzetti in “L’Avventura.“ The only black architect in a big Hollywood movie – Wesley Snipes’ character, Flipper Purify in Spike Lee’s “Jungle Fever” – is, as the name suggests, a caricature of the assimilation given to a profession that signals ” whiteness â€(as in, nothing could be more white than being an architect).

Like Ibsen’s master builder, these mythological architects are doomed to a tragic arc over which they have no power. In “Hiroshima Mon Amour â€, Eiji Okada plays an architect who was drafted into the Japanese army after the bombing of Hiroshima. In “The Fountainhead”, Howard Roark blows up the Cortland Homes to prevent the subversion of his vision. In Peter Greenaway’s film â€œThe Belly of an Architectâ€, Stourley Kracklite throws himself off the Altare della Patria – ending his life as Halvard Solness did, falling from a building.

As with White, the truth often helps to strengthen the fiction. GaudÃ­ was run over by a streetcar while looking at a facade in Barcelona, â€‹â€‹Carlo Scarpa fell down a staircase in Sendai, Japan, and Louis Kahn died alone in a men’s restroom in Penn Station, New York.

In chapter seven of “Light Years”, James Salter reduces the character of the architect to its tragic essence with gutted precision. Salter’s architect Viri â€œbelieved in greatness. He believed in it as if it was a virtue. As if it could be his. He is insatiable and dissatisfied, but his rightful confidence is never enough to overcome the inevitable disappointment of his unbuilt work – “always there, until the end, like a great ship rotting in the tracks.” As the novel draws to a close, Viri breaks down during a production of “The Master Builder.“It was like an accusation. Suddenly his life, an architect’s life as in the play, seemed on display. He was ashamed of his littleness, his grayness, his resignation.

Justin beal is a New York-based artist and writer. This article is adapted from his book “future sand. “