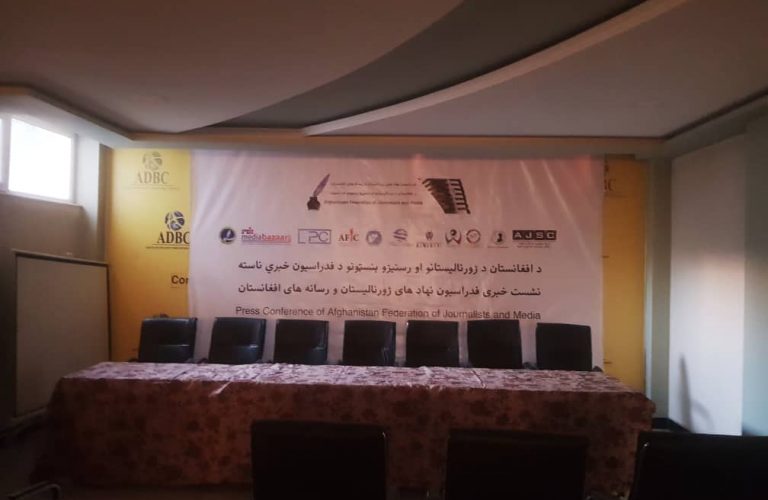 New York, January 27, 2022 — The Taliban must allow journalists and news organizations to work freely and without interference, the Committee to Protect Journalists said Thursday.

On Wednesday, around 60 armed members of the Taliban-controlled Kabul police and the General Directorate of Intelligence, the Taliban’s intelligence agency, blocked a press conference scheduled by the Federation of Afghan Journalists in District 4 of the capital, according to news reports, a report by the local press freedom group Free Speech Centerand Sayed Ali Asghar Akbarzadeh, a member of the federation’s steering committee, who spoke to CPJ in a phone interview.

The Federation of Afghan Journalists, a collective of 13 press and media freedom groups, had scheduled a conference of 11 of its representatives at a home office in Kabul to discuss the status of the media under the Taliban, according to Akbarzadeh.

One of the gunmen then questioned the attendees about the motives for the press conference and threatened reprisals if such events took place without Taliban permission, Akbarzadeh said.

Another of the men, who did not give his name or position, then ordered the conference canceled, according to a reporter who was at the scene and spoke to CPJ on condition of anonymity, citing fears of reprisals. The reporter said they believed the man was a member of the GDI.

“Taliban authorities must ensure that police and intelligence agents do not interfere with the functioning of media and press freedom organizations,” said CPJ Asia Program Coordinator Steven Butler. in Washington, DC. “The shrinking of the once thriving media industry in Afghanistan is a tragedy. for the country. The Taliban must act immediately to reverse this trend.

Police and intelligence agents briefly detained three journalists who planned to cover the conference, according to Free Speech Hub, which identified the journalists as Masoor Lutfi, Fardin Attai and Zarif Karimi. CPJ was unable to immediately determine the media outlets affiliated with these journalists.

Police and GDI agents briefly detained the three journalists in GDI vehicles at the scene and then released them without charge, according to Free Speech Hub.

Ahmadullah Wasiq, deputy spokesman for the Taliban in Afghanistan, did not respond to CPJ’s request for comment sent via the messaging app.