CCTV: The US State Department released a fact sheet on the results of the 50th session of the United Nations Human Rights Council on July 12, which mentions that the United States has publicly condemned the record of China on human rights. Do you have an answer to this?

Wang Wenbin: This fact sheet could just as easily be called “Human Rights Violations” by the United States rather than “Human Rights Outcomes.” Under the false pretext of “genocide” and “forced labor”, the United States has imposed sanctions on Xinjiang companies and individuals to cut off Xinjiang from the global industrial chain and inflict forced unemployment, forced poverty and a forced decoupling in Xinjiang. This has seriously undermined the right to employment and development of Uyghurs and people of other ethnic backgrounds in Xinjiang. The US fact sheet also criticizes human rights in Afghanistan. It’s ironic and absurd. Isn’t the United States the main cause of the human rights tragedy in Afghanistan? When will the United States bring the killers of innocent Afghans to justice and return $7 billion in vital money to the Afghan people?

What the United States should publish is a report on its own human rights. It should give people like George Floyd the freedom to breathe, take America’s children away from fear of being shot, and save American lives struggling with the pandemic.

AFP: It has been reported that the Chinese and US leaders may soon hold a virtual meeting. Can you confirm it?

Wang Wenbin: I don’t have anything to report on this at the moment. It is important to maintain exchanges between the Chinese and American presidents. All details should be discussed and determined by both sides through diplomatic channels, and conducive conditions and atmosphere should also be created for such exchanges.

Global Times: Former White House national security adviser John Bolton said in a July 12 interview with CNN that he has helped plan coups in foreign countries. Reuters noted that it is “highly unusual” for US officials to openly acknowledge their role in stoking unrest in foreign countries. Have you taken note of the reports and do you have any comments on them?

Wang Wenbin: It’s no surprise. The admission simply shows that interfering in the internal affairs of other countries and overthrowing their governments has become a common practice of the US government. This is an integral part of the American regulations. Such rules will only be rejected by people around the world. 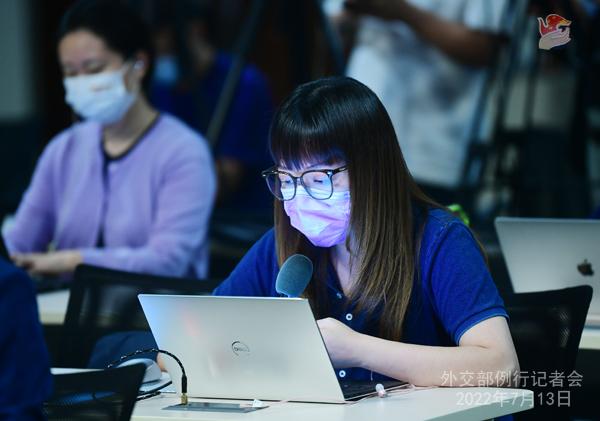 AFP: US Vice President Kamala Harris announced at the Pacific Islands Forum that the United States would establish two new embassies in the region and pledged $60 million a year in investment and assistance for the Pacific Islands. Peaceful. What is China’s response?

Wang Wenbin: First of all, I’d like to say that over the past half century, China and the Pacific Island Countries (PICs) have seen solid growth in bilateral relations and fruitful cooperation in various fields. As a dialogue partner of the Pacific Islands Forum (PIF), China has maintained good cooperation with the PIF.

We are happy to see that PICs are receiving more support for their development and revitalization from countries willing to do so. This has always been China’s position. At the same time, we believe that all countries, when pursuing cooperation with Pacific island countries, should follow the principle of openness and inclusiveness and not target any third parties or harm their interests, instead of promising openness and inclusion while secretly ganging up and forming small circles. . I noted the statement of a US official that the US does not ask the IPCs to choose between China and the US and that their cooperation is not to counter China. We hope that the United States will follow up on their statement.

I have seen reports claiming that China was not invited to the PIF meeting. I have to set the record straight. Based on the information we received from the meeting host, no dialogue sessions with dialogue partners have been scheduled for this year’s PIF Leaders meeting. US Vice President Harris has been invited to attend a meeting on fisheries as part of the PIF. Chinese representatives have been invited to attend relevant meetings and events.

NHK: The Philippine Foreign Secretary said in a statement released yesterday that the South China Sea arbitration award is “final” and “indisputable.” What is China’s comment? China always advocates upholding the authority of the UN and international principles, so why does it reject this decision?

Wang Wenbin: Besides the statement from the Philippines, I also noted a statement from US Secretary of State Antony Blinken on the same day, which expressed support for the so-called arbitral tribunal decision. I would like to state that China’s position on the South China Sea arbitration is consistent and clear. The Ministry of Foreign Affairs issued a statement on its position on July 12, 2016. The so-called South China Sea Arbitration award seriously violates international law, including the United Nations Convention on the Law of the sea. It is illegal, null and void. China does not accept or acknowledge it and will never accept any claim or action based on the award. In doing so, we respect the international rule of law. China’s position has been widely understood and supported by the international community. Those who attempt to undermine China’s sovereignty, rights and interests by implementing this illegal decision will not succeed. China will respond to such attempts in accordance with law. 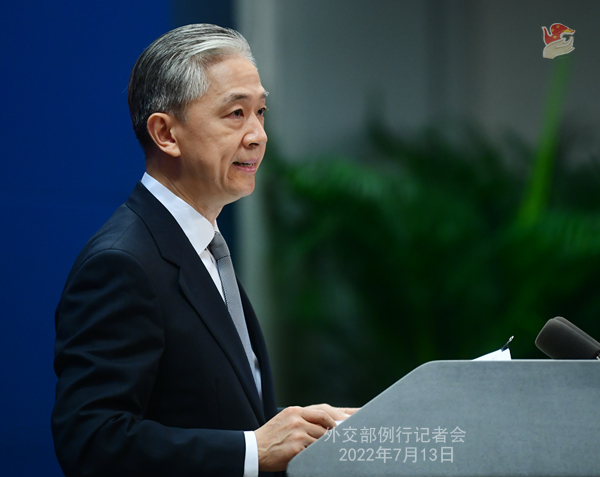