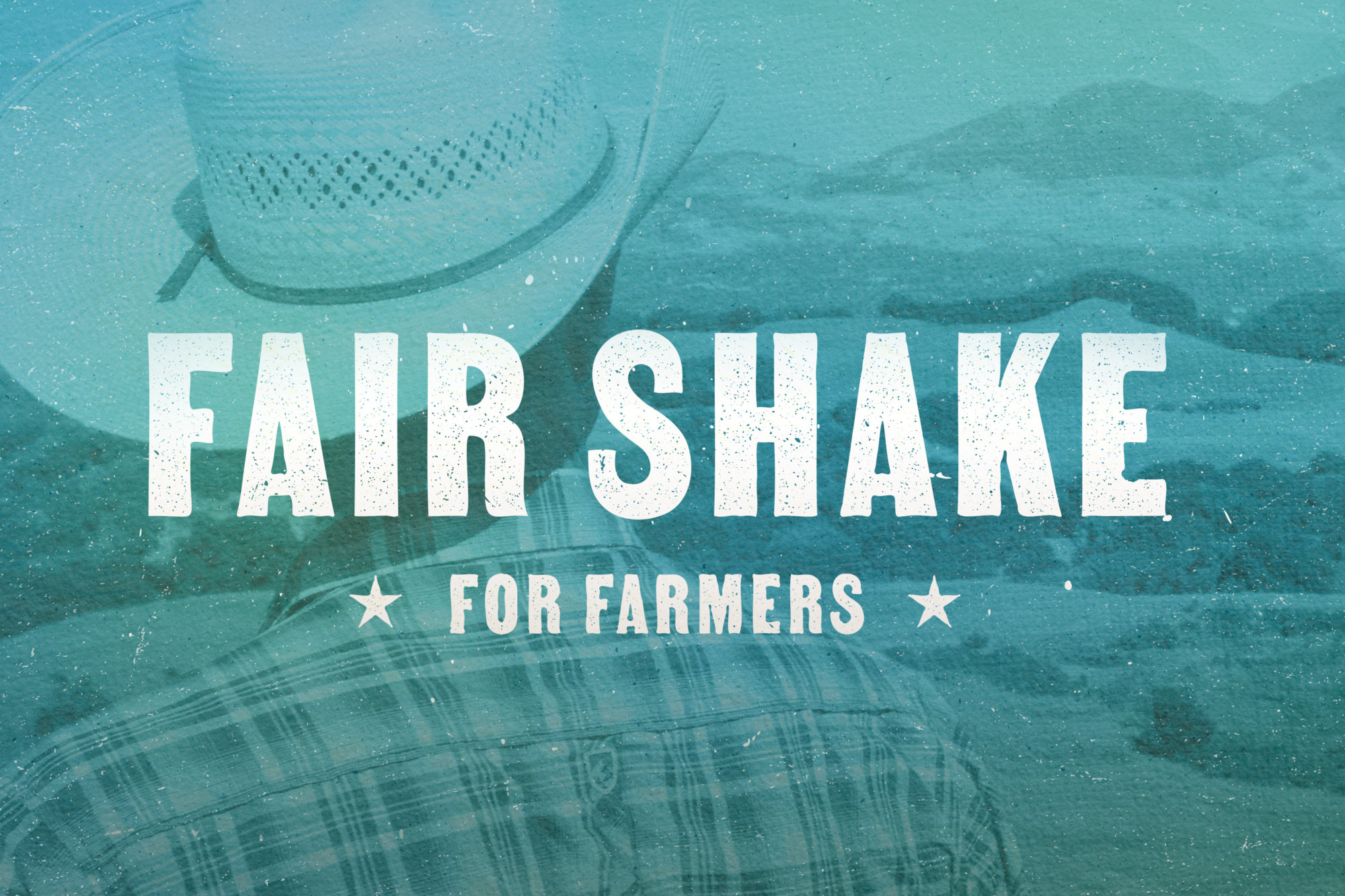 WASHINGTON – After 27 years of raising chickens for Perdue, Inc., Rudy Howell, a client and farmer of the Government Accountability Project, was fired for speaking out against the chicken industry. Howell refuses to remain silent and fights Big Agriculture with a bold message that can be seen from the sky.

Howell mowed down the 95-foot-tall, 875-foot-wide #FairShake phrase in a 19-acre field next to his now empty chicken coops. Howell “hopes everyone understands” his concerns about the rampant consolidation in the chicken industry. Rudy Howell’s story and his message to the world are presented in a powerful new video produced by the Government Accountability Project’s Food Integrity Campaign. The video, shot with the help of a local North Carolina water warden, will appear at the upcoming Farm Aid 2021 concert in Hartford, Connecticut on September 25, 2021.

The hashtag #FairShake is part of the Fair Shake for Farmers Week of Action organized by the Food Integrity Campaign. The campaign brings together more than 55 organizations from various interests affected by consolidation in agriculture, demonstrating widespread demand for less corporate concentration in our food system. The concentration of corporate power has contributed to a host of issues such as racial inequality, climate change, rural degradation, cruelty to animals and the exploitation of workers / farmers. #FairShake Week of Action is gaining momentum to advance historic anti-trust measures recently proposed by the USDA.

Rudy Howell owns and operates the Robert Miller Poultry Farm in Fairmont, North Carolina and was engaged exclusively by Perdue to raise chickens. Perdue has awarded Howell the “Best Producer” on several occasions. Perdue never disciplined Howell, nor audited him for any potential non-compliance or performance issues, before his sudden dismissal in retaliation.

In Howell’s whistleblower retaliation complaint, he alleges that, among other issues, he began to recognize breaches of hygiene and health standards, as well as threats to animal welfare from Perdue. . He reported these conditions, but due to a lack of recourse from his chain of command and unaddressed appeals to lawmakers and regulators, he decided to share his concerns with the media and the public. Shortly after making protected disclosures, his contract was terminated.

â€œI’m not the only farmer they’ve done this to, and there are countless others who are too scared to speak up for fear the poultry companies will do the same to them,â€ said Rudy Howell. â€œWith unchecked power, corporations have standardized operating practices that are detrimental to farmers, rural communities, the animals themselves and our environment. But it doesn’t have to be like that!

As part of #FairShake Week of Action, Howell and the Food Integrity Campaign launched a national petition with MoveOn.org urging Congress to take action against consolidating businesses in agriculture. With over 5,600 signatories already as of Monday, September 20, Rudy’s request for a #FairShake for Farmers is about to send a strong message after Action Week.

For any additional questions regarding the Week of Action or Rudy Howell’s petition and video, please contact: