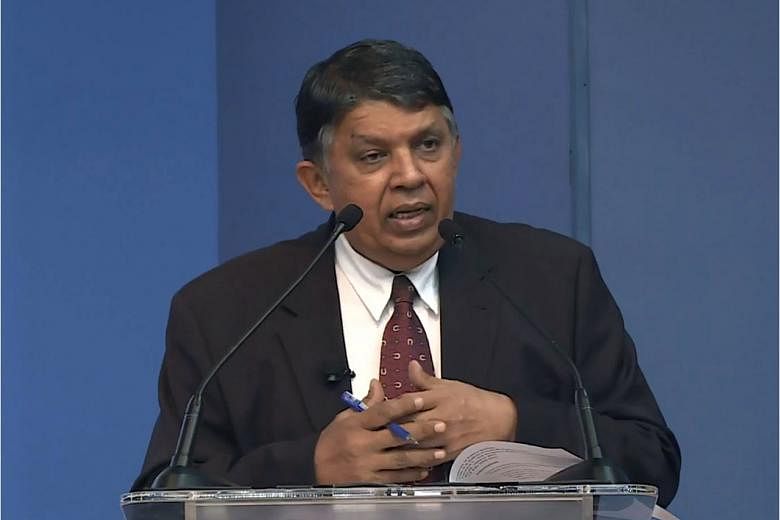 SINGAPORE – The commonly quoted Reporters Without Borders (RSF) index reflects its rating of the media laws in a country, rather than the quality of journalism in that country, Mr. Patrick Daniel said Thursday (February 17th).

He noted that RSF’s annual World Press Freedom Index ranked Singapore 160th in its 2021 edition, and questioned whether Singapore deserved its ranking, which was one place above Somalia, a below Sudan and well below Russia and Myanmar.

“It’s baffling to a lot of people,” he told the Institute of Policy Studies conference.

He pointed out that the index is a measure of the “level of freedom the media have”. It is not an indicator of the quality of journalism in the country.

“A lot of our critics don’t make that distinction.”

When Singapore passed the Protection Against Online Lies and Manipulation (Pofma) Act in 2019, “they punished us by knocking us down seven places.”

With the passing of the Foreign Interference (Countermeasures) Act (Fica) last year, Singapore’s ranking will drop further, he said.

He was asked if the Singapore media should engage with the people behind the index.

Mr Daniel said that in his many years as editor of the English/Malay/Tamil division of Singapore Press Holdings, index officials had not once tried to hire him. .

If anyone had asked to see him to discuss freedom of the press, he would have been happy to do so. “But there is a bit of opacity in the methodology,” he said. “I don’t want to denigrate them, they’ve been doing it for a long time, but there should be some sort of audit of their methodology.”

Of Pofma he said in his lecture, “We’re going to come up against people who are absolutists and say you can’t have Pofma. If you look at what Pofma is, it just says you can’t communicate false facts, it’s simple, that’s it.

“So for anyone doing a good job, honestly speaking, Pofma doesn’t affect us.”