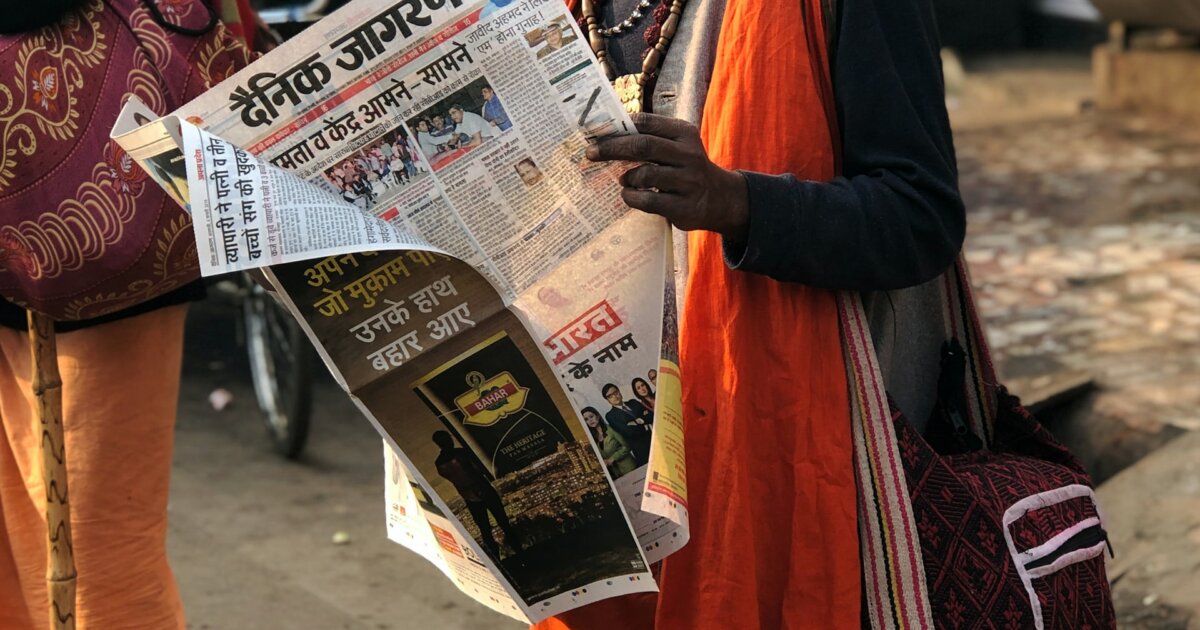 Press freedom is in crisis in the world’s largest democracy

In what appears to be an expected slide, in World Press Index Ranking 2022, India fell eight places below last year, along with conflict-torn countries such as Somalia and Libya. Reporters Without Borders (RSF), which publishes the annual ranking, specifically mentioned violence against journalists as one of the reasons which “demonstrate that press freedom is in crisis in the world’s largest democracy”.

The main reason for such a downfall in the journalistic environment in the country seems to be the government’s intolerance of criticism. Many journalists have been arrested or criminally charged in the different states of the country. Press freedom activists and international rights groups say the current ruling regime constantly intimidates journalists who do not pretend to tell the story of the ruling Hindu nationalist regime. Intimidation has taken the form of arrests, sedition charges and sweeping charges under vague laws, such as those related to terrorism and national security threats. In a new trend, the Unlawful Activities Prevention Act (UAPA) – an anti-terrorism law that gives authorities the power to detain a person without any incriminating evidence – is being used against dissident journalists.

According to the Committee to Protect Journalists’ 2021 prison census, there were seven Indian journalists imprisoned on December 31 – the the biggest number of journalists arrested in the country since 1992. Reporters Without Borders reports, however, that there are 16 journalists in Indian prisons in 2022.

If the experts are to be believed under the current circumstances, the fundamental task of reporting the truth has become a daunting and dangerous job in India, especially if the truth has the potential to expose the government or embarrass it with a one way or another. RSF ranked India among the most dangerous countries for journalists in December 2021; the cases of harassment of journalists by the authorities do not prove the contrary. A journalist from southern India, for example, was detained in October 2020 while on his way to report the rape of a 19-year-old girl from a marginalized section of society. He has been in jail ever since.

Such cases show that the government’s sole concern with the country’s press is to weed out any criticism, whether of its ideology or its work. In many cases, a journalist’s arrest stems from a simple social media post. For example, in the case of Muhammad Zubair, a prominent fact checker in the country who is often at odds with the government for thwarting their misrepresentations, was stopped for tweeting a still from a decade-old Bollywood movie that allegedly offended the feelings of the Hindu community. Zubair was lucky to be released on bail by India’s Supreme Court, but the majority of journalists detained in the country have not been lucky enough to get a reprieve from the judiciary.

Similarly, in the disputed region of Kashmir, which has already seen attacks on journalism and journalists, especially since the region’s special status was revoked by the ruling Hindu nationalist regime in 2019, a journalist was stopped and charged with criminal conspiracy after simply posting a video of a protest. He is still imprisoned, along with many other prominent journalists in the country, including Fahad Shah and Siddique Kapan.

No wonder, then, that in the latest issue of the Press Freedom Index, India has fallen from a ranking of 142 in 2021 to its current position of 150, putting this democratic country on par with authoritarian countries like Afghanistan.

Video: VA Senate Democrats hold press conference to push back against Glenn Youngkin’s ‘attempt to whitewash the history our children are learning in school’, ‘Relentless Attacks on Public Education’