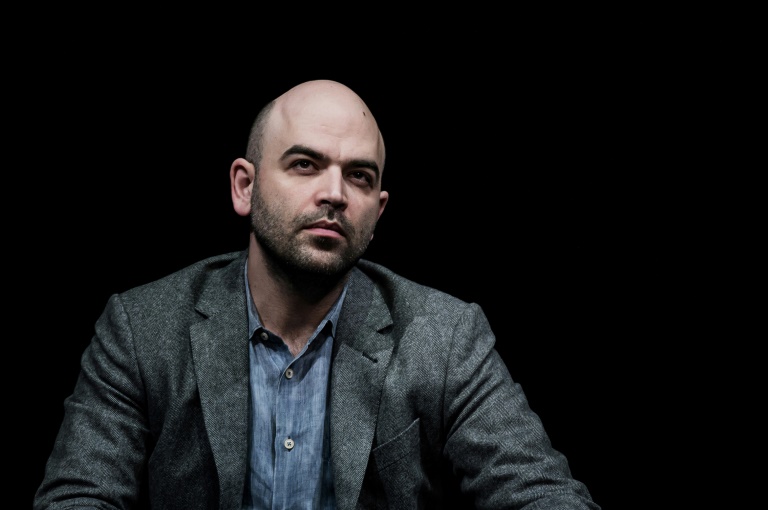 Italian anti-mafia journalist Roberto Saviano will go on trial next week on defamation charges brought by Giorgia Meloni, now Italy’s prime minister, over a 2020 outburst criticizing his stance on migrants.

Meloni’s far-right Brothers of Italy was a small opposition party at the time, but took office last month after a landslide election victory prompted in part by its promise to stop the flow of migrants to across the Mediterranean.

Saviano, who is best known for his international mafia bestseller ‘Gomorrah’, faces up to three years in prison if convicted at trial, which opens on Tuesday.

The 43-year-old told AFP it was an “unequal, decidedly grotesque confrontation”, while press freedom groups warned he was sending a “message chilling” to journalists.

Watchdogs say such trials are symbolic of a culture in Italy in which public figures – often politicians – intimidate journalists with repeated trials, threatening the erosion of a free and independent press.

Italy ranks 58th in the 2022 World Press Freedom Index published by Reporters Without Borders, the lowest level in Western Europe.

The case dates back to December 2020 when Saviano was questioned on the political television program “Piazzapulita” for a comment on the death of a six-month-old baby from Guinea in a shipwreck.

He pointed to Meloni and Matteo Salvini, the leader of the Anti-Immigrant League party, which is now part of his coalition government.

Meloni said in 2019 that charity ships that rescue migrants “should be sunk”, while Salvini, as interior minister the same year, prevented ships from docking.

“I just want to tell Meloni and Salvini, you bastards! How could you?” Saviano said on the show.

Meloni sued, as did Salvini, whose separate case is set to go to trial in February.

PEN International, an organization that defends freedom of expression, this week sent an open letter to Meloni urging him to drop the case.

“To pursue your case against him would send a chilling message to all journalists and writers in the country, who would no longer dare to speak out for fear of reprisals,” he said.

Meloni will be represented by lawyer Andrea Delmastro, whom she recently appointed deputy justice minister.

Saviano said he had been sued for defamation “dozens of times”, but only the suits of Meloni and Salvini went to trial.

The author, who has been under police protection since ‘Gomorrah’ was published due to threats from the mafia, said the tactic was to “bully one to bully 100”.

Weeks after taking office, Meloni’s government showed it would be tough on migrants by blocking rescue ships from its ports last weekend, sparking a row with France, which hosted the one of the ships.

“This far-right government needs enemies who meet two criteria: not having a voice (like migrants) or being very well known so that the sanction can appear exemplary,” he told AFP. AFP.

“It will be even more difficult (for journalists) to report on what is happening and to express an opinion if the prospect is of having to defend your freedom of expression in court and having your words judged when they criticize power and its inhumane policies,” Saviano said.

In 2017, the latest available data from the National Institute of Statistics (ISTAT) showed that almost 9,500 defamation suits had been brought against journalists in Italy.

Sixty percent were rejected, while 6.6% were judged.

Libel by the media can be punished in Italy with prison terms ranging from six months to three years.

But Italy’s Constitutional Court has urged lawmakers in 2020 and 2021 to rewrite the law, saying jail sentences for such cases are unconstitutional and should only be used in cases of “exceptional gravity”.

Ricardo Gutierrez, president of the European Federation of Journalists (EFJ), told AFP that “the passivity and inaction of the government and parliament” could only be interpreted “as complicity with the enemies of the freedom of the press”.