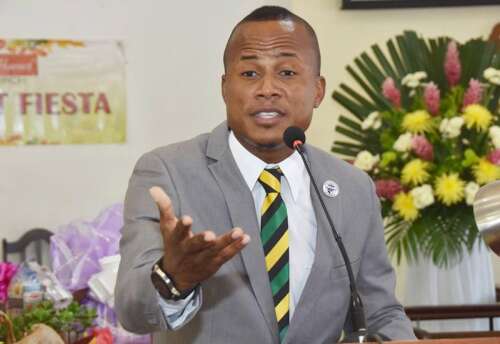 The The World Press Freedom Index, compiled annually by Reporters Without Borders (RSF), has lifted Jamaica from sixth to 12th place, and the local media watchdog, the Association of Jamaican Press (PAJ), reacted strangely.

In an interview with National News Network (NNN) journalist Abigail Bartley, posted on the NNN website on May 4, President George Davis’ first response was to downplay the significance of the overall decline.

In the first of three audio clips, he explains, “The thing is, they changed the way the matrix is ​​set up to measure press freedom in a particular country…I wouldn’t consider that a downfall…the environment, as far as Jamaica is concerned. , continue to be safe.

Indeed, there is a new format. It assesses the performance of countries against political, economic, legislative, social and security considerations. The rankings in the individual categories are then counted towards the overall scores.

“The relationship between journalism and those who are its subjects is extremely healthy…and the number one ranking in this area is the fairest…I find this to be one of the most pleasing aspects of Reporters’ assessment without borders this year.

In the third audio insert, Mr. Davis comments on the legislative category, noting that there are “issues on the legislative side that we want to see addressed.” As an example, he cited the need to complete the review of an amendment to the Access to Information Act.

“But,” he assesses, “in real terms…there is not much to complain about, certainly nothing to hold a public demonstration, and so it continues to be an environment conducive to free labor and the free circulation of the press and for that we are grateful.

Overall, Mr. Davis seems to be saying, “Don’t worry too much about the rankings. Basically, everything is fine. There could be improvements here and there, but we are grateful.

I do not agree. The reality on the ground says otherwise, and this stance evokes the old Jamaican saying, “Fire deh ah mus-mus tail, I tink ah cool breeze!”

First, how can a move from sixth to 12th not be a downfall?

NNN sees it as such: ‘Jamaica Drops 5 Places’; the gleaner sees it as such: “Jamaica slips in world press freedom index”; The Jamaica Observer left columnist Wayne Campbell to tell readers on May 10 that, “Jamaica is down five places…” Are they all wrong?

If the unfavorable development must be attributed to the new matrix used by the RSF, how is it that seven of the top 10 countries last year retained their place in the top 10 with this same new matrix?

What is even more curious is that, in the same breath as the PAJ dismisses the change from six to 12 as an inconsequential adjustment caused by a change of matrix, he considers the new notation of Jamaica as number one in the “social” category.

The new matrix is ​​posted with the results on the RSF website and members of the media fraternity, especially students, should take a look.

On the issue of freedom of the press in general, Mr. Davis asserts that: “…the environment, as far as Jamaica is concerned, continues to be safe” and “conducive to free labor and the free movement of hurry “.

But the RSF report is not so optimistic. He says: “The Jamaican free press often openly criticizes officials, and journalists have sometimes reported intimidation in the line of duty, particularly before an election.

What is the most accurate representation of reality in Jamaica?

I think a better picture can emerge if we agree on an understanding of what a free press is.

RSF’s definition is as follows: “Freedom of the press is defined as the ability of journalists, as individuals and collectives, to select, produce and disseminate information in the public interest independently of political, economic , legal and social and in the absence of threats against them. physical and mental security.

Does it exist in Jamaica?

Attacks on freedom of the press have been a constant in Jamaica’s history, not only by governments, but also by private sector entities that value and promote the interest of shareholders and investors over the critical need for the people of the country to be properly informed about in a timely manner.

Of course, social media, a double-edged sword, has a role to play in this communication process and plays it well, but social media can complement, but not replace, the primacy of an established, directed, organized and led by professionals.

With respect to the government’s offense, the most remarkable, in my opinion, is the inability of this administration to compensate The Gleaner photographer Rudolph Brown.

Four years ago, on the afternoon of Tuesday February 13, 2018, Brown was pepper sprayed by a police officer while carrying out his duties as a photographer in Cross Roads, St Andrew.

The Jamaican police force accepted blame, and the government agreed to compensate Brown. Despite contributions from the PAJ, the Independent Commission of Inquiries (INDECOM), the Jamaica Police Force, Mr. Brown’s legal representative and the Attorney General, among others, Brown has still not received a dime. compensation! As I noted in The news on last year’s Press Freedom Day, “This is unacceptable behavior on the part of the government and a slap in the face of the profession as a whole.”

Then, in addition to the shortcomings of ATI cited by Davis, there are the imminent danger issues of data protection law and the $1 million fine for taking pictures inside or outside courthouses. Journalists must also prepare for the “enhanced security measures” promised by Prime Minister Andrew Holness.

The shameful withdrawal of outstanding Jamaica Information Service Another worrying indicator is CEO Donna-Marie Rowe, on the grounds that her contract had expired. This raises the whole issue of job security in the media and the widespread use of short-term contracts in both public and private media.

In its message on the occasion of World Press Freedom Day (May 3), the PAJ itself stated that: “For the sake of survival, they [journalists] are forced into self-employment agreements that lack the health insurance and other benefits required for full-time employment. The labor movement is also deeply troubled by the use of these short-term contracts.

Is this an environment “conducive to the free functioning and free flow of the press”, in Davis’s assessment, and for which “we should be grateful”?

These are just a few of the issues PAJ should constantly tackle if it is to regain the media watchdog status and respect it has earned over the past seven decades.

But the issues need to be tackled by a united, broad and strong body of practitioners, not just a handful of well-meaning journalists. We need a strong and truly representative body.

Agile legal work to keep the PAJ constitutionally compliant can get us so far and no further in that direction. Occasional pronouncements, seminars, and annual celebrations are not compelling evidence of effective stewardship.

I therefore strongly recommend that every effort be made to regularize the constitutional status of the PAJ with the holding of the long overdue Annual General Meeting before any other major undertaking, including the celebration of National Journalism Week.

Davis can also use this meeting to share with the media fraternity his puzzling response to the RSF ranking.

This meeting must be the priority if we are to rebuild the association to the level at which we command respect and develop the influence necessary to tackle the daunting task at hand.

I know mobilization is always hard work, but with vision, determination, commitment and good planning, it can be done.

Clarence “Ben” Brodie is a former president of the Press Association of Jamaica and editor of the community newspaper The News. 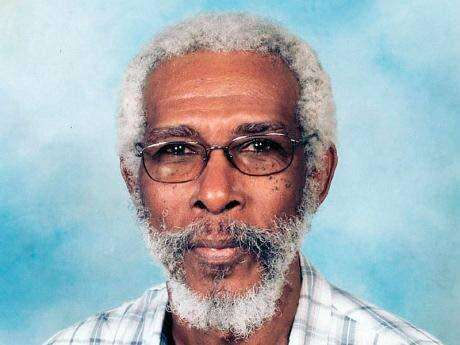