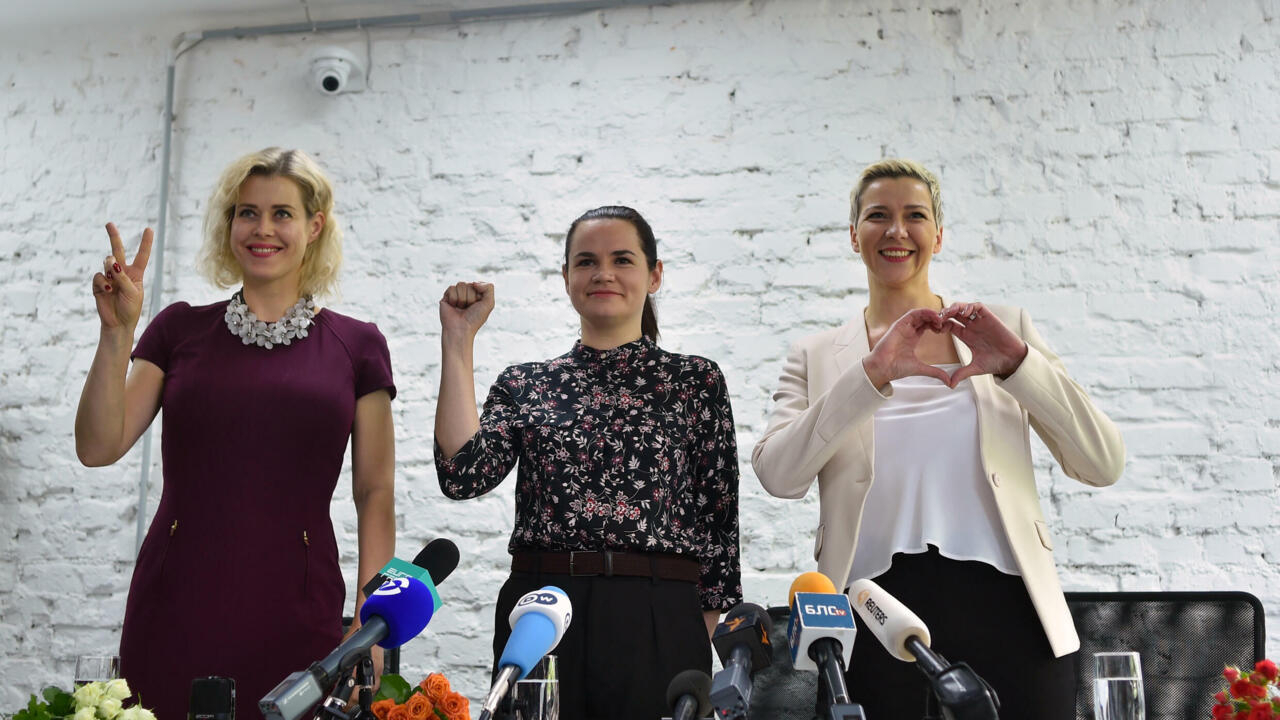 Media watchdogs, Belarusian opposition leaders and climate activists such as Greta Thunberg are among the candidates for the prestigious Nobel Peace Prize to be announced in Oslo on Friday.

The wooden doors of the main hall of the Nobel Institute will open in Oslo at 11:00 a.m. (09:00 GMT), when the chair of the Norwegian Nobel Committee Berit Reiss-Andersen steps out to announce who of the 329 nominations submitted this year has been deemed worthy. of honor.

Predicting the winner is a giant guessing game, as no shortlist is made public and the identities of the nominees are kept a secret for 50 years.

This does not, however, prevent international relations experts and punters from giving the best of themselves.

Among those whose names created a buzz in the run-up to Friday’s announcement were media watchdogs Reporters Without Borders, the Committee to Protect Journalists (CPJ) or the International Fact-Checking Network (to which belongs to AFP), as well as anti-corruption champion Transparency International.

In 120 years of history, the Nobel Peace Prize has never been awarded to representatives of the independent press.

“The reality in reporting that helps us stay informed and get a sense of current affairs as they unfold is key to the proper functioning of open public discourse and democratic institutions,” said Henrik Urdal, director of the Oslo Peace Research Institute.

While the scientific and literary prizes awarded in Stockholm this week have so far been only for men, the Peace Prize could honor one or even several women.

Belarusian opposition leader Svetlana Tikhanovskaya and her two allies, Maria Kolesnikova and Veronika Tsepkalo, are among the potential winners.

The trio clashed with authoritarian President Alexander Lukashenko, who was re-elected for a sixth term in what was widely seen as a fraudulent election in August 2020.

The committee could also honor another leading opponent of Lukashenko, Ales Bialiatsky.

Climate change activists or organizations are also seen as possible successors to last year’s winner, the World Food Program (WFP), and seen as precursors by many experts.

“The climate change crisis is visibly worse, floods and fires everywhere, record temperatures in many places, the Arctic ice cap is melting and this is also the year of COP26,” said Dan Smith , director of the Stockholm International Peace Research Institute (SIPRI).

“So I hope and in part would expect the prize to go to a group of climate change activists who might include Greta Thunberg,” Smith added.

While previously considered to have a real chance of winning the award amid the pandemic, the World Health Organization (WHO) has been hampered by controversy and the slow distribution of vaccines in the sharing program. Covax vaccines to poor countries.

It remains a favorite among bookmakers, however.

Other names still mentioned this year, although to a lesser extent, are the Campaign to Stop Killer Robots – a favorite of the Norwegian Peace Council – leading Russian opposition figure Alexei Navalny, and outgoing German Chancellor Angela Merkel.

Regardless of the winner, it is not yet clear whether the winner will be able to travel to Oslo to collect the prize, due to the pandemic.

The prize – consisting of a diploma, a gold medal and a check for 10 million crowns (980,000 euros, $ 1.1 million) – is traditionally awarded on December 10, the anniversary of the death in 1896 of the creator of the Alfred Nobel Prize.

The Peace Prize is the only Nobel awarded in the Norwegian capital.

Next week, the Nobel season will end on Monday with the announcement of the economics prize.

A courageous voice for press freedom and independence in Russia