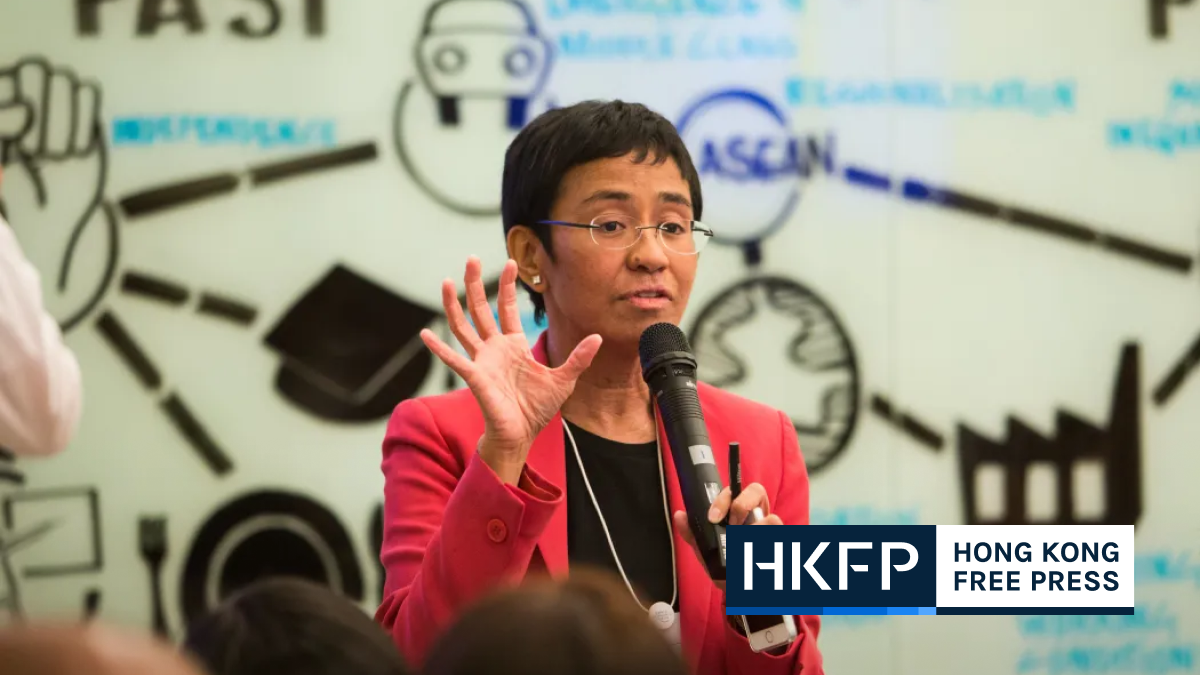 According to Filipino journalist and Nobel Peace Prize laureate Maria Ressa, the rise of social media has allowed dangerous propaganda to flourish and has left professional journalists under constant threat of attack.

The situation for media workers around the world is currently “bleak”, Ressa told AFP in an interview, saying much of the blame lies with the radical change in the way information is distributed.

Speaking on the sidelines of an event in Geneva on Tuesday to mark World Press Freedom Day, the 58-year-old co-founder of the Rappler news site highlighted how social media had made spreading much easier of propaganda, rejection of facts and historical change. realities.

She pointed to the Philippines, which looks set next week to hand over the presidency to Ferdinand Marcos Jr, whose dictator father and namesake presided over massive looting and human rights abuses in the country.

“He looks set to win, and the only possible way is if history has changed before our eyes,” Ressa said.

Marcos Jr’s ties to his father have made him one of the most polarizing politicians in the country.

But he benefited from a deluge of false and misleading posts on social media platforms targeting a predominantly young electorate with no memory of the corruption, murders and other abuses committed during the elder Marcos’ 20-year rule.

Ressa pointed out how Marcos Jr refused to participate in debates and answer questions from mainstream reporters, appearing to follow the playbook of populist politicians like Brazilian President Jair Bolsonaro.

“That’s the problem with social media: it allowed propaganda to thrive and literally allowed public figures like Marcos, like Bolsonaro to ignore the checks and balances (of the media)…and create their own realities,” Ressa said.

In the face of such challenges, “the mission of journalism is more important than ever today,” Ressa said.

She says social media allowed for the first time divided global narratives around Russia’s annexation of Crimea in 2014.

This dangerous fragmentation of media narratives has obviously worsened considerably since Russia invaded Ukraine in February, bringing with it fears of impending nuclear attacks and World War III.

In such an environment, access to reliable facts is vital, Ressa said.

“I think this is one of those times where everything (journalists) do will count, because that’s… how close to the edge we are.”

“There are no guardrails,” Ressa said, pointing to the largely anarchic world of social media, often based on algorithms that foster outrage and hateful debate that fuel traffic, and where “armies trolls” can easily lash out at criticism.

“Any time you make a tough story to try to hold power to account, you have to be prepared to be personally attacked.”

Ressa, who shared the 2021 Nobel Peace Prize with Russian journalist Dmitry Muratov, has seen his share of threats, attacks and intimidation.

The vocal critic of Philippine President Rodrigo Duterte and his murderous wars on drugs faces multiple criminal charges, which she says could see her sent to prison for 100 years.

Ressa sees the Nobel Prize win as a “vindication”, expressing his “relief” that the Nobel Committee has recognized how difficult the work of journalists has become and that “the risks have increased”.

The victory did not alleviate her legal troubles, however, she said, adding that the legal claims against her and Rappler had in fact “accelerated”.

Ressa said it was unfair that journalists were “asked to sacrifice so much”, urging governments and the global community to step up and regulate the technologies that have transformed our information society.

“Guardrails need to be put in place so that we can do our job.”

Until then, journalists “have no choice” but to continue to hold the line as best they can in defense of democracy, Ressa said.

“We’re just sticking our finger in the dam and hope the rest of society gets on board.”