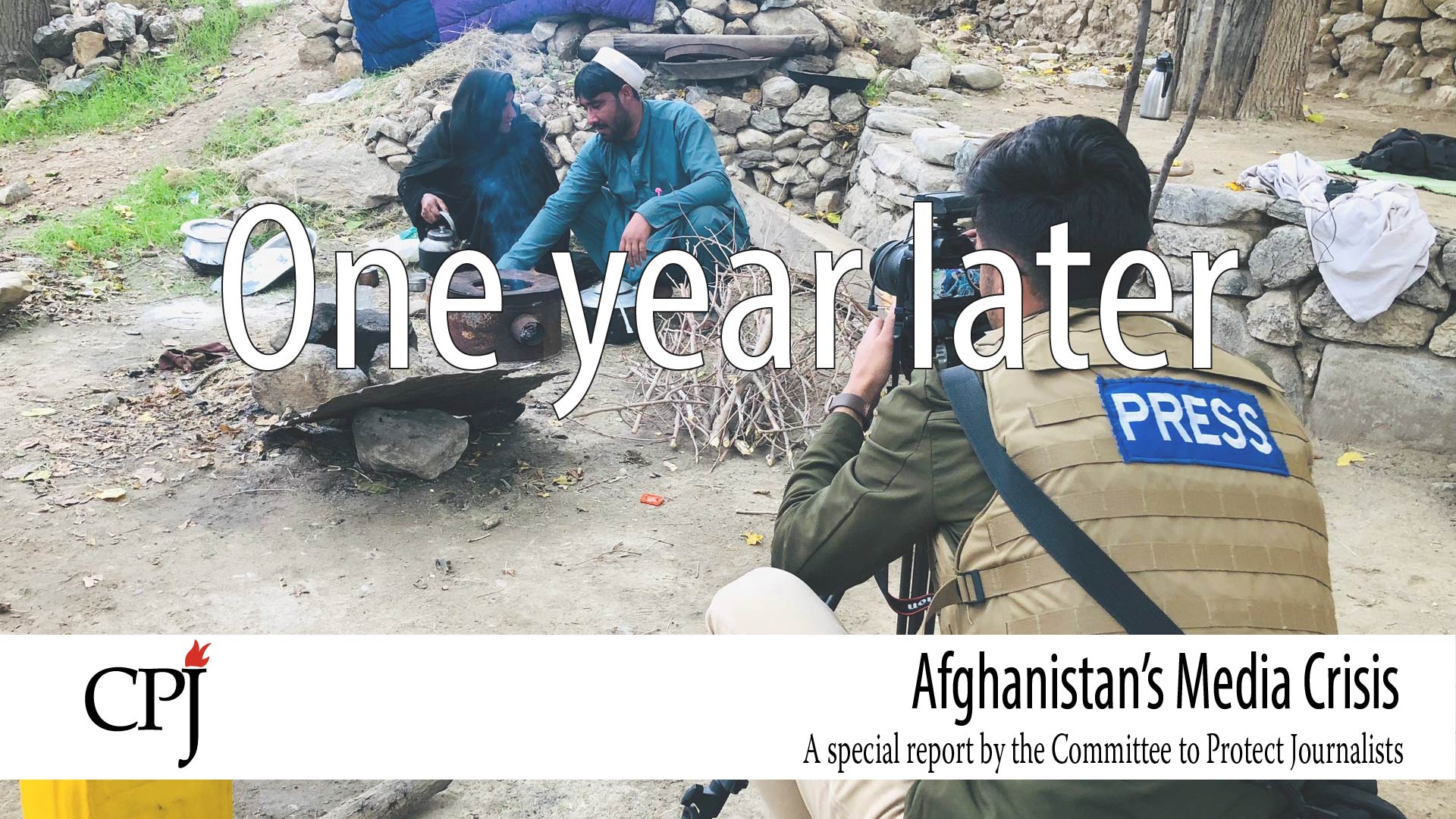 NEW REPORT: Press freedom in Afghanistan is in crisis as local journalists struggle to survive

New York, August 11, 2022 — A year after the Taliban returned to power, Afghan news organizations are struggling to survive amid an increasingly restrictive censorship regime targeting independent journalists, the flight of many Afghan media workers and the decline of the country’s economy. new special report released Thursday by the Committee to Protect Journalists (CPJ).

The assessment, “The Media Crisis in Afghanistan,” finds a deterioration in press freedom over the past year, marked by censorship, arrests, assaults and restrictions on female journalists. At the same time, the report showcases the tenacity and vital reporting of remaining journalists and the valuable work of Afghan journalists working in exile.

“The Taliban’s actions to suppress the media are having a devastating impact. Particularly restrictive measures targeting female journalists are an attempt to erase women from public life,” said CPJ President Jodie Ginsberg. “The remaining Afghan journalists are determined to continue reporting, but they and the vast community of media professionals currently in exile cannot overcome the obstacles alone. The Taliban face significant international pressure to reverse the trend and end their assault on a free press.

CPJ’s report, based on interviews with a wide range of Afghan reporters and media executives, documents Taliban arbitrary arrests, attacks, and threats against journalists, as well as fear and self-censorship sparked by the news measures. The past year has seen a sharp decline in the number of Afghan newspapers, radio stations and other news sources, as well as a collapse in the number of female journalists. Taliban pressure to remove women from public life means the daily realities of Afghan women are often undocumented and ignored.

“Afghan journalists navigate a perilous environment as fear of the Taliban amid the country’s steeply declining economy deals a double blow to the media,” said Steven Butler, CPJ senior program consultant and one of the authors. of the report. “The resilience of Afghan journalists who remain in the country, combined with that of those reporting from exile, offers a beacon of hope. But more is needed. The Taliban must live up to their initial promises to allow independent journalists to report freely and safely. »

The report offers a comprehensive set of policy recommendations to the Taliban, foreign governments and international organizations. Among these, CPJ recommends that foreign governments provide resettlement assistance to at-risk journalists, as well as humanitarian and technical assistance to those who remain in Afghanistan. Above all, CPJ recommends that the Taliban end the General Intelligence Directorate’s involvement in media surveillance and allow civilian institutions to exercise their authority over the sector. Pressure must also be brought to bear on the Taliban to keep their promises and ensure the ability of all journalists and media workers to report and produce information freely and independently, without fear of reprisal.

Note to editors: “Afghanistan’s Media Crisis” is comprised of three in-depth and richly documented reports based on expert analysis, first-hand accounts and interviews with nearly two dozen Afghan journalists. It is accompanied by two first-person columns: an opinion column on support for journalists in Afghanistan by Kathy Gannon, who has reported on the country for more than three decades, and Rukhshana Media founder Zahra Joya , on the challenges of reporting on the lives and concerns of Afghan women in exile, a set of recommendations and support video.

For more information or to arrange interviews with CPJ experts, contact [email protected]. This report is also available in Dari, Pashto and Arabic.

About the Committee to Protect Journalists (CPJ)

The Committee to Protect Journalists is an independent, non-profit organization that promotes press freedom around the world. We defend the right of journalists to report the news safely and without fear of reprisal.