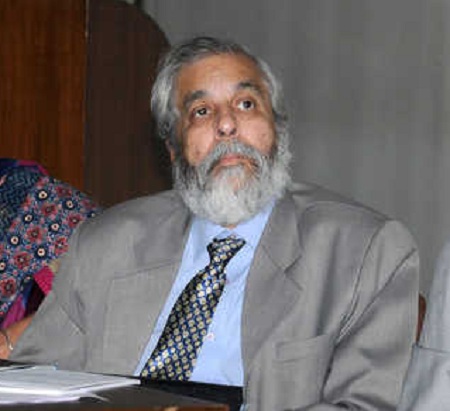 Media under attack, journalists must stand up to protect press freedom : Justice Lokur : The Tribune India

Former Supreme Court Justice Madan B Lokur noted on Saturday that the media is under attack “in many ways” in the country, but freedom of the press is a fundamental right guaranteed by the Constitution and journalists must stand up to protect her.

Addressing a program organized to present the IPI-India Awards for Excellence in Journalism, he said that a series of events including the filing of FIRs against scribes and their arrest for having done their job, had “a chilling effect” on media people, causing them to become “much more careful than they should be”.

“It is common knowledge that the press is attacked in many ways. Many journalists have been arrested and kept in prison for a considerable period of time for doing their job. Many others have FIRs against them for the same reason. There are also instances where some journalists have been politely asked to toe the line…” Judge Lokur said.

There have been instances where the delivery of advertisements to media organizations has been halted or payments against advertisements have been withheld by the establishment, “thus crippling small newspapers”, he pointed out.

“There is now a recent incident. A TV channel’s license was not renewed for national security reasons, without disclosing the material,” Judge Lokur noted, in an apparent reference to the Malayalam news channel MediaOne case, who appealed against the judgment of the Kerala High Court which upheld the Centre’s decision.

It is for this reason that the phrase “chilling effect” has become quite common these days and as a result journalists have become much more cautious than they should be or have been in the past. , he added.

“Journalists must stand up to protect their constitutional and fundamental rights, so that accusations of ‘godi media’ or somewhat compromised media do not become descriptive,” Judge Lokur said.

He stressed the importance of investigative journalism and urged journalists to produce investigative reports on issues of human interests and concerns, issues related to governance and various other challenges facing the country.

“Investigative journalism, I believe, is in decline, with few exceptions,” he said and asked, “Isn’t it possible to capture one of the many issues and challenges facing our country is facing and to investigate the causes and effects of some of these events?” Judge Lokur noted that soon after the lockdown announced in 2020 to curb the spread of COVID-19, the country saw “millions of people” leaving home “on foot, by bicycle or on tempos and trucks overloaded”.

However, the Supreme Court was informed by the Center that no one was on the road at the time, he said.

He said social and wider issues must be highlighted through investigative journalism, as this type of reporting can lead to “better governance and policy change” and help improve people’s lives. those who belong to marginalized sections.

“Journalists need to contribute to stories that go viral,” he said.

At the event, veteran British journalist Sir Mark Tully presented the International Press Institute (IPI) India Award for Excellence in Journalism 2021 to NDTV’s Sreenivasan Jain and Mariyam Alavi for their reporting on “the lies of the cases of forced conversion recorded against young men”. belonging to the Muslim community who had married Hindu women in Uttar Pradesh, in the name of the jihad of love”.

Lakshmi Subramanian and Prakash Chandra of The Week magazine received the award for their reporting on the search for Indians, particularly women, trapped in refugee camps in civil war-torn regions of Syria and Iraq.

Ritika Chopra of The Indian Express has been awarded the IPI-India Award for Excellence in Journalism-2020 for her exclusive reporting on the Electoral Commission’s (EC) internal cracks over complaints of Model Code of Conduct violations against VVIPs.