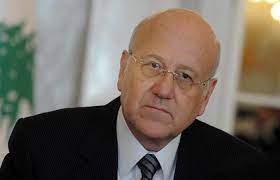 We know that Beirut is the capital of freedom. Historically, it was the media platform for local and Arab political movements.

However, Lebanese Prime Minister Najib Mikati and his Interior Minister Bassam Al-Mawlawi turned the tide, banning a press conference for the Bahraini opposition.

In details, a group of Bahraini opposition figures held a press conference in Beirut, exposing the crimes of the Al-Manama regime against the citizens of the Kingdom. The regime’s foreign ministry sent a letter to the Lebanese authorities condemning the press conference and its contents.

Prime Minister Mikati ordered the courts and the competent authorities to open an investigation into the Bahraini personalities who attended the press conference. For his part, Al-Mawlawi received the Minister of Foreign Affairs Abdullah Abu Habibb and affirmed that he would not accept that Lebanon “becomes a platform which insults the kingdom of Bahrain”.

Are Mikati and Al-Mawlawi aware that the Western media and protesters are abusing the Gulf leaders in person and through the available media without facing any objection?

Will the restriction of political freedoms be the new trend in Lebanon in accordance with the wishes of the Gulf regime?