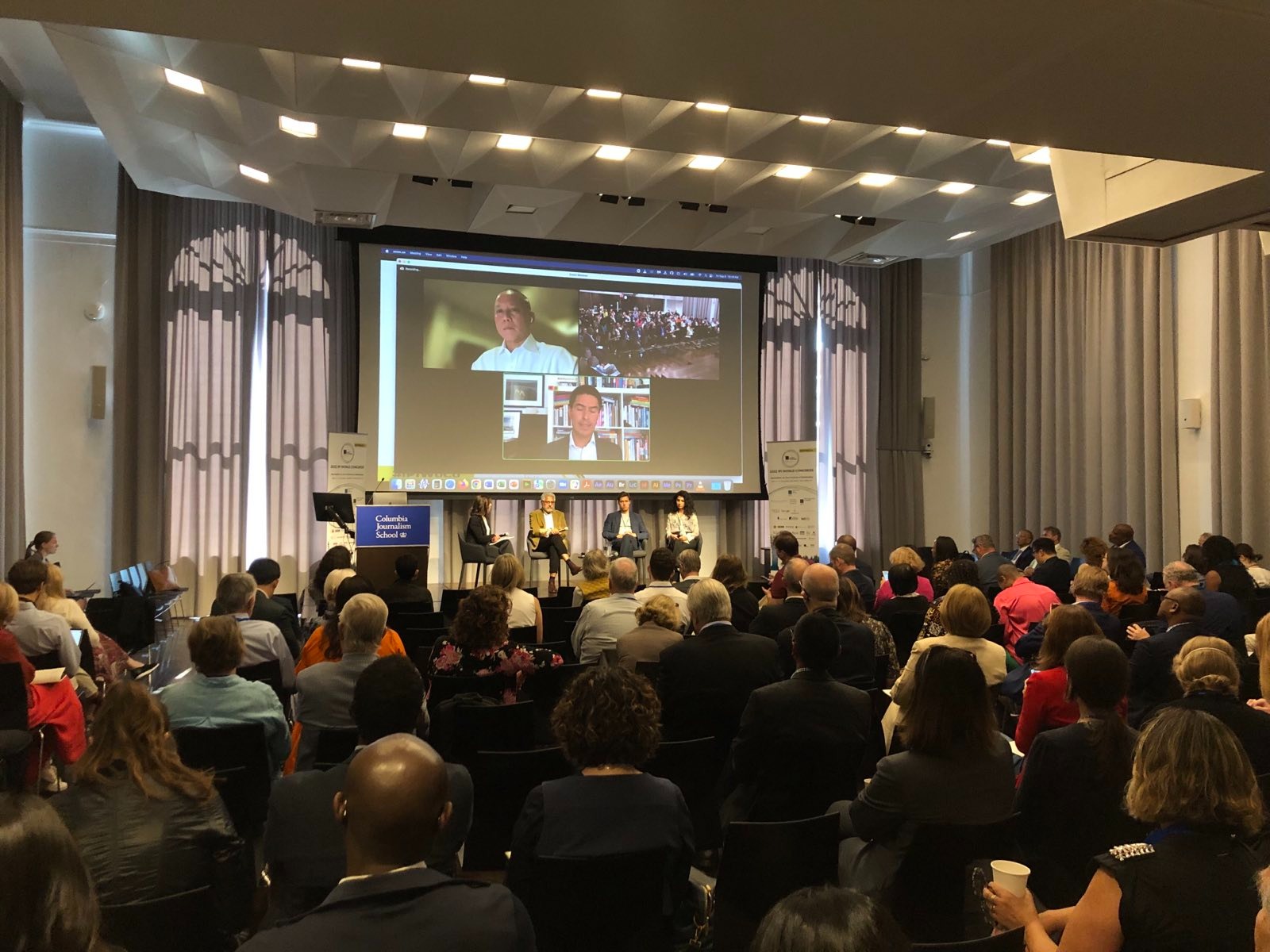 #IPIWoCo 2022 Recap: Life on the Frontlines for Press Freedom

Journalists from India, Myanmar, Russia, Pakistan and Central America on the fight against censorship and repression

During the second day of the IPI World Congress at Columbia University in New York, panelists from India, Myanmar, Russia, Pakistan and Central America spoke about what it is than to be at the forefront of the deterioration of the freedom of the press.

A changed media landscape, a lack of independent local media, disappearing sources and the weaponization of disinformation are some of the main issues facing journalists on the frontlines of press freedom, say panelists from India , Myanmar, Russia, Pakistan and Central America, speaking on Day 2 of the IPI World Congress 2022. The conversation was moderated by Julie Pace, Senior Vice President and Managing Editor of The Associated Press.

“The whole Central American region is going backwards when it comes to press freedom,” said José Zamora, communications and impact manager for EXILE and son of José Rubén Zamora, a Guatemalan journalist and world hero of the press. freedom of the press of the IPI, imprisoned since the end of July. According to Zamora, the Guatemalan government has become increasingly oppressive and authoritarian, the plight of his father, who faces charges of money laundering among others, being just one example.

“The authoritarian repression manual has now found a new trick which is that all journalists in the region are money launderers,” said Zamora, who joined the online panel.

The tricks of authoritarian regimes are not new to other panelists either, Roman Anin, founder and editor-in-chief of IStorys, a Russian investigative outlet operating in exile in Latvia, saying that “with the recent censorship, there are no independent media left in Russia”.

“There are three types of media operating in Myanmar. One is backed by the military, the second by the underground media and the third by the media in exile. I am one of the outsourced outlets,” Swe said. He added that underground and offshore journalists still face multiple security challenges. Swe said many journalists are struggling to survive.

“Please help them, for their safety and their future. I have never seen a media landscape like this in my life,” Swe said, addressing Congress.

The lack of independent local media was also noted by Ayesha Tanzeem, director of the South and Central Asia division of Voice of America, who reported on the ground from Afghanistan.

“When I talk to Afghan journalists today, there is not a single one who is not self-censoring,” Tanzeem said. She added that there have been differences in media coverage of certain parts of the country, with “information black holes” being born due to the absence of anyone to report in some provinces.

So how do you get information from an area if there is no free local media and foreign journalists cannot access it?

“One of the things we do now is have someone on the pitch helping us without giving him the signature or mentioning his name,” Tanzeem said. She also used old sources, collected during her previous reporting assignments in the country.

“Our biggest source at the moment is the locals. We used to go knock on people’s doors, now we just call them. However, more and more of the people we call are leaving the country or planning to leave.

Joining us is Roman Anin of IStories, describing how after Russia’s war in Ukraine began, he could no longer talk to his sources in the secret service, many, if not all of whom supported the war. “It’s hard to get information about Russia,” Anin said. When working with freelancers, he also had to exercise extreme caution.

“We do a lot of video which is difficult because we have to get it from the ground up. If a freelancer is arrested by the police and the police find out they work for us, the freelancer could end up in jail,” Anin said.

The panelists also addressed the subject of misinformation and professional “fake news”. Siddharth Varadarajan, founding editor of The Wire in India, said the government has weaponized disinformation and surveillance. José Zamora said Central America is going through a similar experience.

“Governments have newsrooms, teams of organized trolls who attack anyone who criticizes the authorities. This happens in all Central American countries,” Zamora said.

Swe agreed, saying that when it comes to spreading disinformation, the Burmese junta is copying and pasting other governments. VOA’s Tanzeem added that audiences seem really confused about what’s real and what’s fake when it comes to the news.

“It’s a bigger problem. We have to ask ourselves why do we have a society full of educated people without any capacity for critical thinking?” Tanzeem said.

Varadarajan noted that misinformation has been with us forever, but it’s technology that makes it worse. “Good journalism is the only way to combat the spread of false information,” he said.