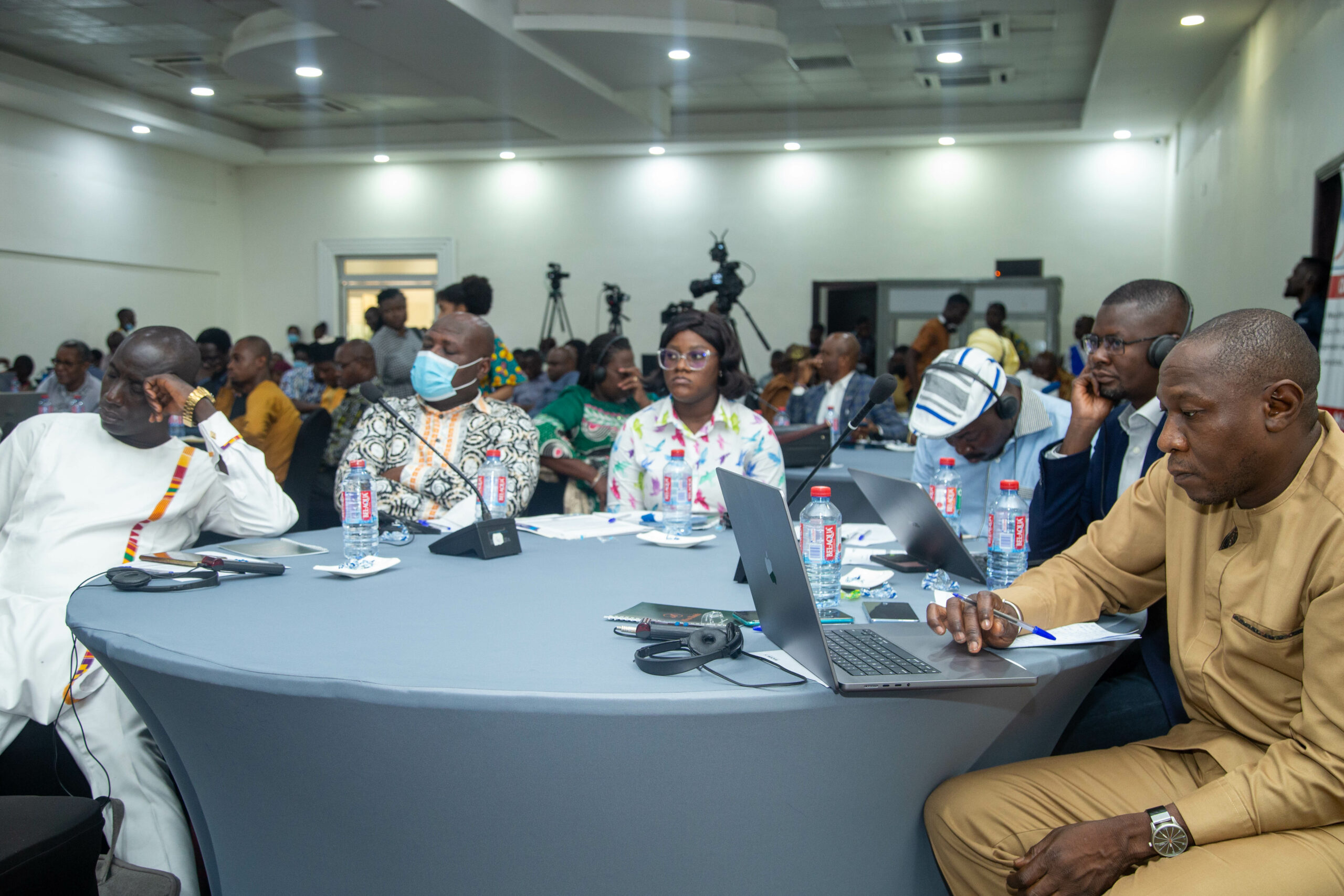 How journalists can defend press freedom and democracy in West Africa – ECOWAS, CSOs

They called on journalists to be professional and to respect the ethics and philosophy of their work.

They also called for more engagement with Economic Community of West African States (ECOWAS) on how to improve and implement the body’s existing policy documents on human rights, press freedom and democracy.

They spoke in Accra, Ghana, at the opening of a two-day regional conference on “Media, Press Freedom and Democratic Recession in West Africa” on Tuesday.

The event, following the recent coup in Burkina Faso, was organized by the Media Foundation for West Africa (MFWA) and the Solidarity Network for Democracy in West Africa (WADEMOS ).

WADEMOS is a newly formed coalition of around 35 pro-democracy CSOs from 15 countries in the sub-region.

The event, which attracted participants from all West African countries, brought together the Head of the Directorate of Democracy and Good Governance and Political Affairs of the ECOWAS Commission, Eyesan Okorodudu, and the resident representative of the regional body in Ghana, Baba Gana Wali.

Both suggested ways journalists and CSOs could contribute to ECOWAS policy documents to halt the decline of press freedom, promote human rights, strengthen responsible journalism and uphold democracy in the region.

Since 2020, there have been successful coups in Mali, Guinea and Burkina Faso, and failed attempts in Niger and Guinea Bissau. The latest coup in Burkina Faso, on September 30, was the second in the country in less than nine months.

The press, the first victim of democratic decline

“Independent media in West Africa is one of the products and legacies of the wave of democratization,” said Mr. Prempey, Professor and Executive Director of the Center for Democratic Development (CDD), Ghana. “It is therefore an important institution that must be protected”.

For his part, MFWA Executive Director Sulemana Braimah noted that while press freedom is itself a casualty of democratic recession, it is needed in efforts to restore democratic governance to where it has been. dislodged in the region.

Kwame Karikari, a professor of journalism and media communication, said in his keynote address that the hopeful atmosphere of democratic governance in West Africa a few years ago has since dwindled to a frightening state.

“A few years ago, the atmosphere seemed promising enough for many to dare to speak of ‘consolidation of democracy’ in many of our countries.

“Today we are here – and everywhere else – lamenting the frightening prospect of a ‘democratic recession’ across our continent,” he said.

He also noted that “the independence and freedom of the media are among the first targets of the forces of authoritarianism and dictatorship”.

“While the ‘capture of democracy’ undermines the freedom, independence and pluralism of the media, other factors, external to the media, undermine the resolve and ability of the media and journalists to protect the rights and interests citizens against widespread attacks on democracy. Cyber-harassment, with female journalists generally subject to more intensive attacks, is rampant in almost all countries against the media and critical voices.

He said the media is currently under siege.

“The methods involve cooptation and repression, the carrot and the stick mean so to speak.”

With the traditional form of party-owned media generally outdated, “the main political forces are investing in their own media”.

He added that in some other countries, “media and communications regulators, ruling parties manipulate licensing processes to have monopoly control over the allocation of broadcast facilities, for example.”

“Critical media and opposition voices are being silenced by a plethora of means. Undemocratic but dormant laws in the law books are raked and enforced.

“New legislation ostensibly designed to protect the public, such as anti-cybercrime and anti-terrorism laws, are recent examples of this,” he added.

As part of the solutions, Mr Karikari recommended that journalists “must strive to uphold high standards of professionalism and fight the cheap but attractive route of unprofessional conduct”.

“This is the only way for self-respecting journalists and responsible media organizations to win back and win back the trust of the people,” he said.

Mr. Karikari added that despite the challenges, “independent media should continue to report on issues of human rights abuses and support social justice causes.”

He called on journalists “to forge partnerships and alliances, within the country and across borders, to share publications and programs designed to expose the incidents”, in order “to support their collective survival and freedom, independent media.

He also advised that “journalists with a democratic conviction must play an active role in their professional associations in order to prevent the hijacking of their organizations by mercenary agents of the ‘capture of democracy’ facilitators”.

Mr. Okorodudu of the ECOWAS Commission, who lamented the challenges of emergence associated with the emergence of citizen journalism, suggested a mechanism for self-regulation by media professionals to avoid “over-regulation” by the state .

“With the advancement of citizen journalism, many setbacks have occurred in space,” he said.

He added that political actors have chosen to use citizen journalism from the backend to promote a crisis that even democracy struggles to manage. And because that’s in the context of the legitimacy of their roles, you can’t really question that.

He called for some sort of self-regulatory mechanism that promotes “the positive attributes of what you gain from the contribution of citizen journalism in terms of expanding space.”

He also welcomed the contributions to the ECOWAS policy document on the role of the media in promoting peace and security.

“So when you see democracy suffering in a neighborhood country, it means it’s time for you to worry,” he said.

He recalled that democracy appeared in West Africa from one country to another in rapid succession.

He said “we fear that if we don’t come together and start thinking about this, democracy might start taking the opposite of Africa in the same way.

Of Nigeria’s many national challenges, which do you think the next president should focus on first?

Support the integrity and credibility journalism of PREMIUM TIMES

Good journalism costs a lot of money. Yet only good journalism can guarantee the possibility of a good society, an accountable democracy and a transparent government.

For free and continued access to the best investigative journalism in the country, we ask that you consider providing modest support to this noble endeavour.

By contributing to PREMIUM TIMES, you help sustain relevant journalism and keep it free and accessible to everyone.