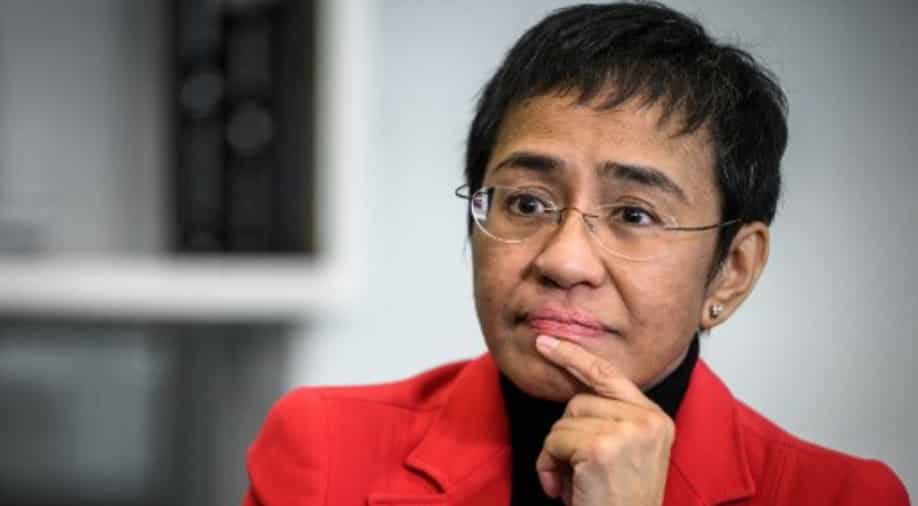 Ressa, 58, has been a vocal critic of former President Rodrigo Duterte and the deadly war on drugs he launched in 2016, drawing what media advocates describe as a crushing series of criminal charges, investigations and online attacks against her and Rappler.

She was named Time Person of the Year in 2018 for her work on freedom of the press, but a series of arrests and a conviction for cyberlibel have further boosted her international profile.

In October, Ressa and Russian journalist Dmitry Muratov received the Nobel Peace Prize for their efforts to “safeguard freedom of expression“.

Rappler had to fight for his survival after Duterte’s government accused him of tax evasion and violating a constitutional ban on foreign ownership.

Although Duterte’s government said it had nothing to do with the cases against Ressa, press freedom advocates disagreed.

Throughout the campaign against her, Ressa, who is also an American citizen, remained based in the Philippines and continued to speak out against Duterte’s government despite the risks.

“What we have to do as journalists is just stay the course,” she said after the Nobel Prize announcement.

Ressa has been released on bail pending her appeal against the 2020 cyberdefamation conviction. On Friday, Rappler said she and a former colleague lost the case and are considering their legal options.

This is one of seven cases she is fighting.

Cyberdefamation law was introduced in 2012, the same year Rappler was founded.

Ressa’s position as the head of the Rappler news site meant receiving, by his own estimates, up to 90 abusive online messages per hour at some point towards the end of 2016.

The threats came in the months after Duterte took power and launched his narcotics crackdown, which rights groups say has killed tens of thousands of people.

Rappler was among domestic and foreign media that published shocking footage of the killings and questioned the legal basis for the crackdown.

The judges of the International Criminal Court have since authorized a full investigation into a possible crime against humanity during the bloody campaign.

It was a whole new set of dangers for Ressa, who was a veteran of conflict zones before co-founding Rappler.

As a former CNN bureau chief in Manila and Jakarta, Ressa specialized in terrorism, where she tracked the links between global networks like al-Qaeda and militants in Southeast Asia.

The Princeton graduate then returned to the Philippines to serve as chief information officer at the country’s premier broadcaster, ABS-CBN, which also fell victim to the Duterte administration.

Duterte was replaced by the son and namesake of former dictator Ferdinand Marcos.

“We continue to work, it’s business as usual,” Ressa said.