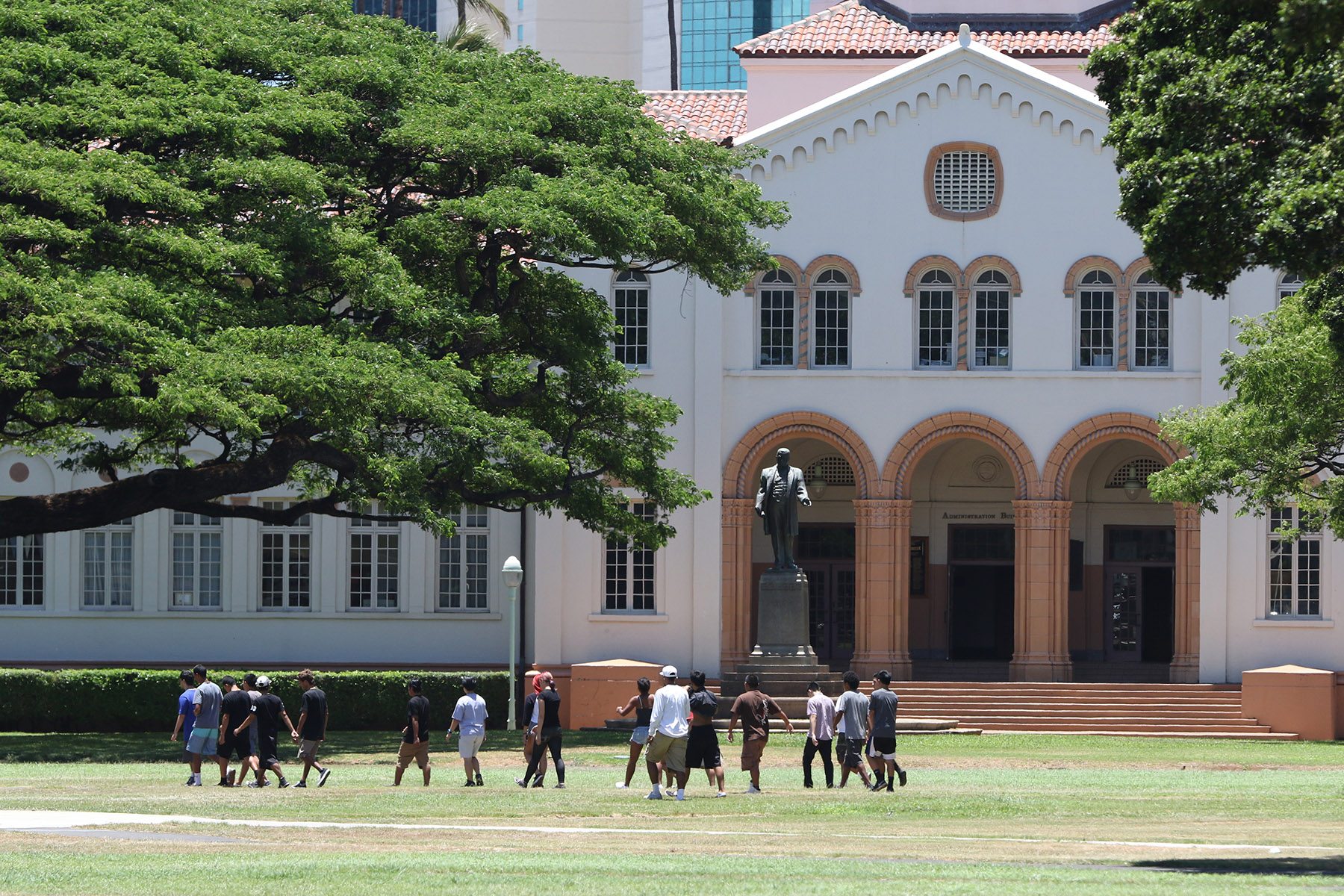 Nyler Acasio, a junior at McKinley High School, is ready to “investigate and report the truth” without fear after the Legislature passed a bill offering new censorship protections to student journalists and their advisers.

The measure allows student journalists at the University of Hawaii and other public schools to exercise the First Amendment, which guarantees freedom of expression, in their school newspapers, except for libelous or obscene material .

House Bill 1848 is a signature far from becoming lawa victory for lawyers after some three years of legislative efforts.

“You want students to think and be critical and express that in their reporting,” said House Speaker Scott Saiki, who introduced the bill this year. “That’s why this bill is so important because students are being trained to become journalists.”

The bill met with no opposition.

If the bill becomes law, Hawaii would become the 16th state to join the “New Voices Movementa grassroots, student-led effort to protect student journalists from censorship and counselors from consequences.

Hawaiian legislation would close that gap, according to Cindy Reves, an adviser to McKinley High’s The Pinion newspaper. She said the measure clarified the rights and responsibilities of student journalists, their advisers and administrators.

Ige’s office declined to confirm that, saying any measures passed by the Legislature, which adjourned on Thursday, are subject to legal, policy and departmental scrutiny.

“Some bill signing ceremonies are in the preliminary planning stages, but the bills still have to pass the review before the governor signs them,” spokeswoman Jodi Leong said.

The legislation outlines the need for student journalists in Hawaii to sue or publish stories in their school newspapers in an effort to promote transparency within school communities.

But it’s common for young journalists to refrain from pursuing potentially controversial stories for fear of backlash against themselves or their advisers.

In an example provided in written testimony for BillAlyssa Salcedo, a student at Waipahu High School, editor of The Cane Tassel, decided not to write an article that would have criticized a school program because of “potential censorship”.

“I learned that publishing an article on this subject would depend on the content of the article,” Salcedo wrote. “I felt discouraged to continue and instead wrote about a somewhat related topic. It continually seemed that no matter how much I talked about this topic, my criticisms would not be well received.

Krista Rados, a student at the University of Hawaii at Manoa, said she witnessed the censorship firsthand at the student newspaper Ka Leo O Hawaii. The editor said the university pressured the newspaper to publish “a story that we didn’t think was fair”.

“Our journalists have come to me with the idea that they should refrain from telling true stories that could threaten the reputation of the university because they fear losing enrollment status or scholarship funding,” Rados said in written testimony.

Education officials noted that the State Board of Education already has a student code of conduct recognizing that public students have “freedom of speech and communication” and the “right of expression in official school-sponsored student publications.”

Reves and his students have been pushing for the measure for three years in a bid to join the national movement. Past efforts failed after the Covid-19 pandemic devastated the economy in March 2020, prompting state lawmakers to shift their priorities.

Acasio, who freelances for The Pinion, said the new law will encourage him and other students to express themselves fully and “serve our community”.

“Being part of the media is about investigating the truth and reporting it, and if we’re censored just for doing that, it’s just plain wrong,” Acasio said in an interview. “So the fact that this bill gives us the guarantee that we won’t be censored is really important. It is important that we serve our community.

McKinley High sophomore Shane Kaneshiro has been write for The Pinion during two years. Although he is unsure if he will pursue a career in journalism, he said the experience has taught him to be more informed and to “tell both sides of the story”.

Sign up for our FREE morning newsletter and face more informed every day.