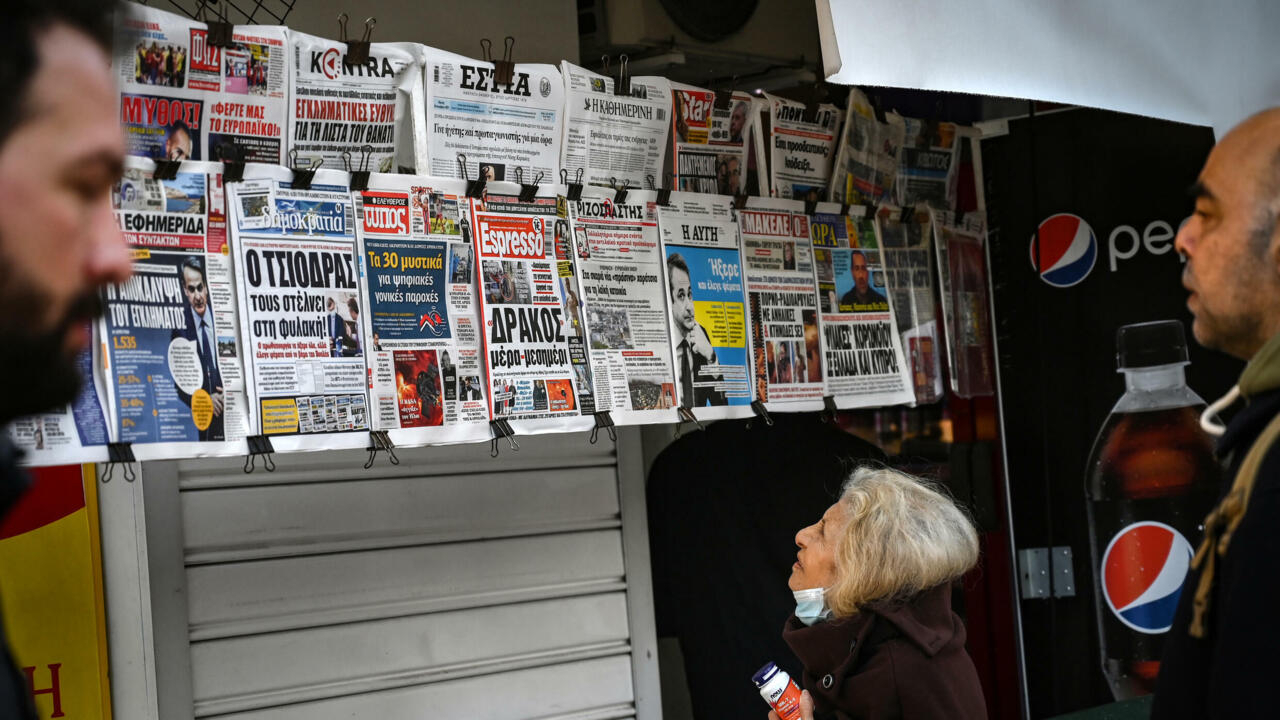 Athens (AFP) – The murder of a journalist, the Prime Minister publicly reprimanding a foreign journalist and alleged state surveillance. It has been a bad year for media rights in Greece.

The southern European country lost five places in the 2021 World Press Freedom Index established by the media watchdog Reporters Without Borders (RSF), and now ranks 70 out of 180 countries, behind the Poland and Mongolia.

George Pleios, head of media studies at the National University of Athens, said the deterioration over the past year was alarming.

“Press freedom has become a concern,” he told AFP.

Pleios said a series of press freedom violations in recent years have included journalists detained or intimidated, and police beating photographers during protests.

But in April, a prominent criminal journalist, Giorgos Karaivaz, 52, was shot dead outside his home in Athens. The government ordered an investigation, but no arrests were made.

Over the past year, the government has ignored requests for information on key stories and lobbied journalists for unfavorable reporting, while parliament passed a new law in November punishing the disinformation of a sentence of up to five years in prison.

People can now go to jail for alleged false information “which may worry or frighten the public,” in a move that the Athenian newspaper Esiea’s journalists’ union has called too vague and threatens to restrict freedom of expression.

Journalists say that, throughout 2021, police and government ministries have systematically ignored their emails seeking answers on the coronavirus pandemic, police abuse and the migration crisis.

In November, Prime Minister Kyriakos Mitsotakis was embroiled in a public row with a Dutch journalist who accused him of “lying” after Athens denied having carried out illegal push-backs of migrants at sea.

“You will not enter this building to insult me â€‹â€‹(…) or the Greek people with accusations and expressions that are not supported by material facts,” he said at a conference press release with Dutch Prime Minister Mark Rutte.

On November 13, the left-wing daily Efsyn published what it said were internal intelligence memos collating information on anti-vaccines and activists helping migrants – but also about a journalist subsequently hired by the ‘AFP.

In response to AFP letters, Minister of State George Gerapetritis insisted that “there is no surveillance of journalists in Greece”.

â€œGreece fully adheres to the values â€‹â€‹of a democratic society and the rule of law, in particular pluralism and freedom of the press,â€ he said.

He later added that the independence of the media was “sacrosanct”.

“Although we do not always agree with what the media write, we will defend (…) the right of a free press to report unhindered and independent of any outside interference,” he said. he declares.

But Greece has not opened an investigation following the alleged leaks of Efsyn.

The Efsyn reporter who revealed the story, Dimitris Terzis, accused the government and supporting media of “trying to bury the case”.

In February and December last year, journalists received letters of complaint from the government after reporting two cases where Mitsotakis had apparently broken lockdown rules.

Fabien Perrier, French-speaking media correspondent in Greece, said his editors received a letter from the Culture Ministry in May regarding an article criticizing a new concrete footbridge at the Acropolis.

He said journalists in Greece were under pressure to “practice self-censorship”.

“Problematic relations between media and power are not new,” she said.

“There is little room for critical and independent journalism in Greece.”

George Tzogopoulos, a researcher at the Hellenic Foundation for European and Foreign Policy think tank, says coverage of the pandemic in some Greek media is simply to produce government announcements.

Dozens of outlets closed during Greece’s 2010-2018 debt crisis, leaving survivors desperate for any form of support.

At the start of the pandemic in 2020, the government introduced a program to support the media with funds as part of a home support campaign.

But according to opposition parties, the money has gone disproportionately to pro-government media. A parliamentary inquiry into the matter is underway.

Overall, RSF believes that the authorities have taken insufficient measures to protect journalists.

The 2010 murder of another journalist, Sokratis Giolias, 37, is also unsolved.

Pleios, the academic, says such failures leave journalists “under a cloud of fear”.