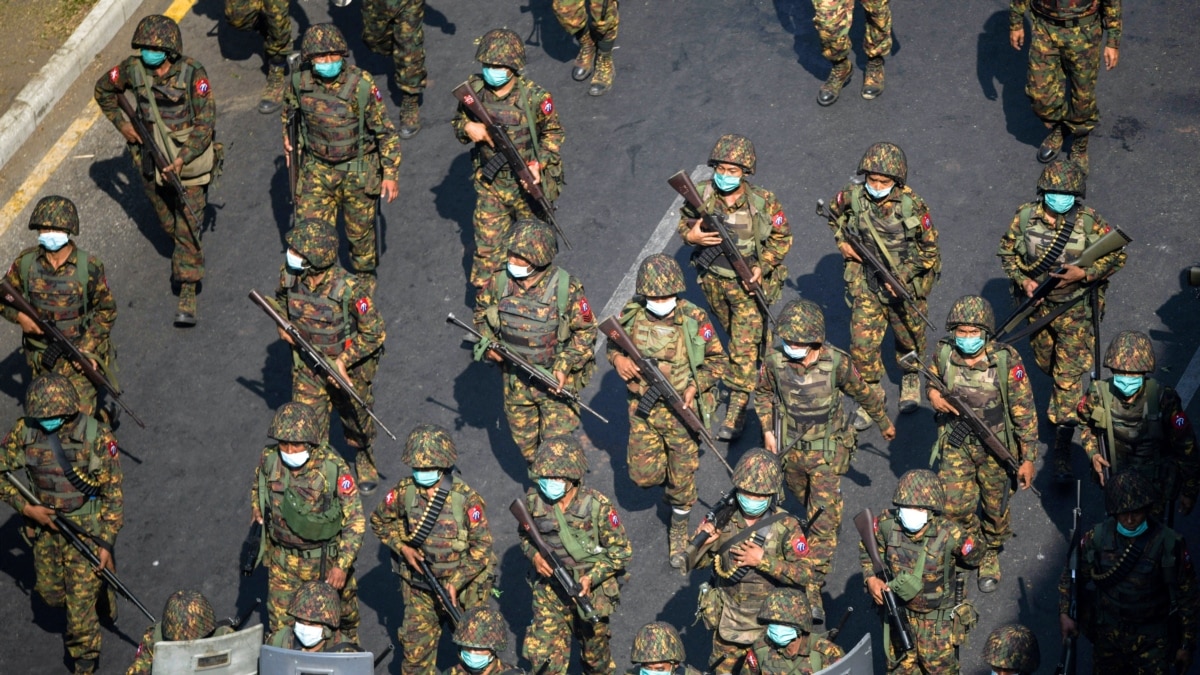 All reporters in Myanmar risk being imprisoned simply for doing their job, says a veteran journalist currently in exile.

Han Thar Nyein, co-founder of Kamayut Media, and Than Htike Aung, correspondent for Mizzima, were each sentenced to two years in prison for violating section 505(a) of Myanmar’s Penal Code, which punishes false news and incentive.

After taking power, the ruling military government amended the penal code to criminalize statements that question their legitimacy or that may instill fear or spread “fake news.”

A lawyer for Han Thar Nyein told local news site Myanmar Now that his client was accused of inciting riots, which the journalist denies.

Han Thar Nyein and Than Htike Aung, who also denied the charge, have been in custody since March 2021.

Nathan Maung, a Burmese-American journalist who worked with Han Thar Nyein at Kamayut Media, told VOA that the junta’s decision was not fair.

Maung himself was detained for 98 days and tortured inside Insein prison in Yangon after the February 2021 military coup.

“Like other political detainees, Han Thar was convicted on a wrongful charge. I [was] not surprised by what the junta is doing. There is no justice at all while they are in power,” Maung said.

“He enjoys working and interacting with people. People who know him well remember Han Thar speaking kindly about everything and his big smile. I always remember him as he is a workaholic,” Maung added.

The New York-based company Journalists Protection Committee in a statement on Thursday, called on the junta to “immediately” and “unconditionally” release the two journalists and end the journalists’ imprisonment for their work.

Since the military takeover, 122 journalists have been arrested in Myanmar, also known as Burma. As of March 25, 48 people remained in custody, 20 were convicted and one died in custody, according to ASEAN Reportsa watchdog group in Southeast Asia.

“Most journalists cannot do their job at all in Burma. They cannot survive. At least they have to flee their country, cross the border,” he said in a phone call with VOA.

Ye Wint Thu lives in exile in the United States. He fled Myanmar last year after the junta revoked the licenses of several media outlets, including DVB.

The junta later announced that Ye Wint Thu was wanted for allegedly violating Section 505a of the penal code.

“All journalists in Burma… already understand, since becoming journalists, that they are ‘walking on the prison wall’. It’s a Burmese saying: ‘They could be in jail for any reason,’” Ye Wint Thu said. “Freedom of the press is already dead in Burma.”

“At the start of the coup, the junta harassed and restricted all kinds of media and journalists. Since then, there is a very restricted environment to work for independent media in the country. Many media groups have stopped production,” he said.

Military spokesman Major General Zaw Min Tun has repeatedly denied that journalists were being targeted for their coverage. He told VOA earlier, “There is no reason to arrest, charge or jail media personnel if they are doing their job in the media.”

Press freedom has always been a challenge in Myanmar, but since the military coup, the junta has cracked down further. Journalists have been harassed, arrested and imprisoned, media have been shut down and internet access blocked.

Nearly fourteen months after the military coup, the country is experiencing violent clashes and the media is struggling to function.

While the world’s attention is largely diverted by Russia’s invasion of Ukraine, a lack of outside interest is not a concern in Myanmar as people have little hope for international aid, said Ye Wint Thu.

“You know, 99% of Burmese don’t believe in aid or international aid. Nothing has changed. Even if the international news is only about Burma, it doesn’t affect anything,” he said.

Myanmar has spent most of its modern history under military rule, until its first free elections in 2015.

After the November 2020 general election, the military challenged the results, alleging widespread voter fraud, without evidence.

The coup sparked a nationwide uprising and armed conflict between military and civilian anti-coup defense forces. In October, the outgoing UN special envoy declared that Myanmar was in a state of civil war.

According to the Political Prisoners Assistance Association, a Myanmar watchdog based in Thailand, more than 1,700 people have been killed since the coup.