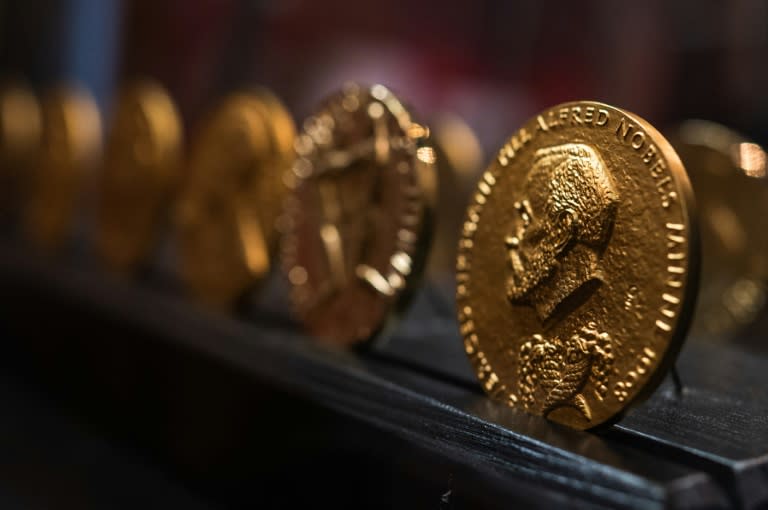 Freedom of the press, Belarusian opposition or Greta for the Nobel Peace Prize?

Media watchdogs, Belarusian opposition leaders and climate activists such as Greta Thunberg are among those seen as candidates when the Nobel Peace Prize was announced on Friday.

Highlight of the Nobel season, the prestigious peace prize still arouses a wave of speculation.

But predicting the winner is a giant guessing game.

There is no public shortlist, and only the number of nominations is known – 329 this year. The identity of the nominees is also kept secret for 50 years.

The image of this prestigious award has been hit hard in recent years as one of its previous winners, Ethiopian Prime Minister Abiy Ahmed, found himself embroiled in war.

Another, Burmese Aung San Suu Kyi, has been accused of defending the slaughter of members of the Rohingya minority.

This year, experts agree that there has been little progress in peace processes around the world.

As a result, Nobel Prize watchers have suggested that potential winners could include the media watchdog Reporters Without Borders, the Committee to Protect Journalists (CPJ) or the International Fact-Checking Network (to which AFP belongs. ), as well as the anti-corruption champion Transparency International. .

The independent media “both directly contribute to holding governments and movements to account” and fight “the growing challenge (posed by fake news and disinformation”), said Henrik Urdal, director of the Institute. Oslo Peace Research Center.

The nonviolent opposition in Belarus, which denounced the August 2020 electoral victory that gave strongman President Alexander Lukashenko a sixth term as fraudulent, is also mentioned as a possible winner.

Svetlana Tikhanovskaya, who became the main opposition candidate after the imprisonment of her militant husband, has led the peaceful opposition from exile in Lithuania.

The 39-year-old could take the honors alone or with two other opposition leaders, Maria Kolesnikova and Veronika Tsepkalo.

“It would be a strong statement emphasizing the role of women, democracy and non-violence at the same time,” said Peter Wallensteen, Swedish professor and researcher on conflict.

“A prize for Svetlana would also indirectly amount to criticizing Putin”, because Russia is the main supporter of the Belarusian regime, noted Nobel historian Asle Sveen.

However, Sveen said he would put more money on Greta Thunberg, the young Swedish climate activist.

“This is the most important question right now,” Sveen said.

In the same vein, the United Nations Framework Convention on Climate Change (UNFCCC) and its leader Patricia Espinosa were also cited as potential laureates.

While previously seen as having a real chance at winning the award amid the pandemic, the World Health Organization has been hampered by controversy and the slow distribution of jabs as part of the Covax sharing program to poor countries.

It remains a favorite among bookmakers, however.

The Covid-19 pandemic has had little impact on the nominations submitted to the Nobel Committee in Oslo this year, according to its secretary Olav Njolstad.

“You might have thought so, but you can count them on one hand,” he told AFP.

Yet other names generating buzz this year, although to a lesser extent, are the Campaign to Stop Killer Robots – a favorite of the Norwegian Peace Council – leading Russian opposition figure Alexei Navalny and Chancellor German outgoing Angela Merkel.

Oslo’s lavish banquet celebrating the Peace Prize winner each year in December was canceled last year due to the pandemic and may be canceled again this year.

The Stockholm ceremony honoring science and literature laureates has already been canceled for the second year in a row, with winners due to receive their awards in their home country.

The Nobel Institute in Oslo is due to decide in the coming days whether to hold its ceremony online or in person.