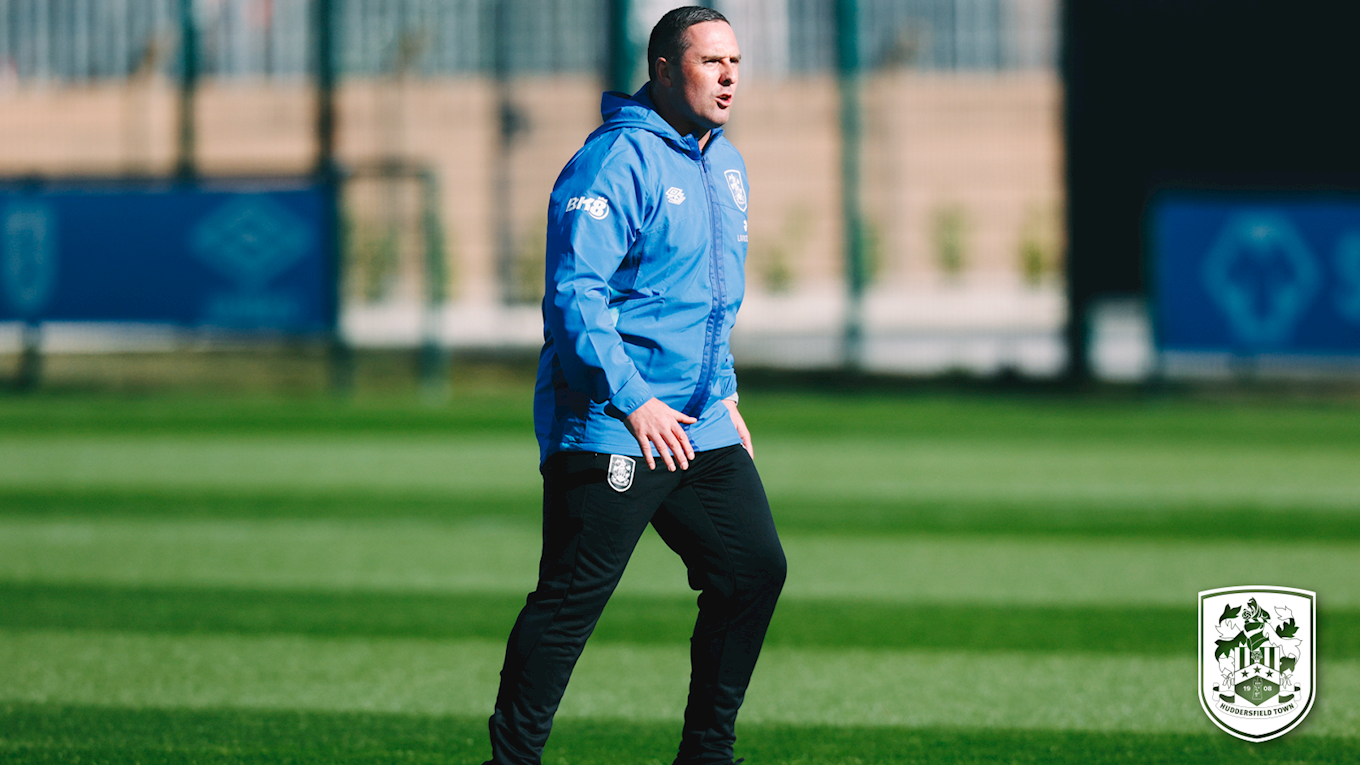 Mark Fotheringham said he was “really privileged” to be Town’s new head coach when he spoke to the press on Friday morning.

Speaking at his first press conference as head coach, Mark was quick to comment on how he has been feeling since the announcement.

“First and foremost, I feel really privileged to be in this seat today.

“I had a tough apprenticeship in Germany, and I had battles of relegation and promotion – my main focus now is to get my style of play across and get it onto the pitch.

“It’s really exciting for me and my family to be here, my three young boys have already asked for shirts and watched the players and wanted to know everything.

“I can’t wait to bring them to Huddersfield and show them the club and the city.”

Fotheringham spoke about how he wants the team to play and the style he wants to implement as head coach.

“I’m a guy who wants to have as many attacking players on the pitch as possible, which will allow us to play with freedom and creativity in the final third, but with strong scaffolding at the back.

“It’s important to me that the team reflects the club, and we need to give them that real Terrier spirit.”

Our head coach congratulated the young players and told them what he expected of them.

“I was really impressed with the last game – the young players played without fear and there was a real team spirit.

“I tell the boys to release the handbrake and play full throttle – it’s the only way to play.

“That’s how I want us to train too – giving it your all, having that fire in your gut.

“We know the season is long, so the young players will get their chance.”

Finally, Mark looked to tomorrow’s game against Reading and the support he needs from the fans.

“We all know it’s a tough league, we’ve analyzed Reading and I’m really excited to go.

“We’re going to play on the front foot, and I’m sure we can get a positive result.

“People here, the fans have a real understanding of the game, they know it doesn’t happen overnight – but that’s it for them, they are the club and they pay their money to watch us play.

“We need the fans behind us this weekend, it’s amazing to see their support both home and away – it’s special.”

To watch the video, please enable “targeting” in cookie settings

Want to be there to support Mark and the lads in his first home game as Town manager? CLICK HERE to book your place against Hull City on Sunday 9th October 2022.

The government fully believes in freedom of the press and takes optimal measures to promote journalism: Marriyum