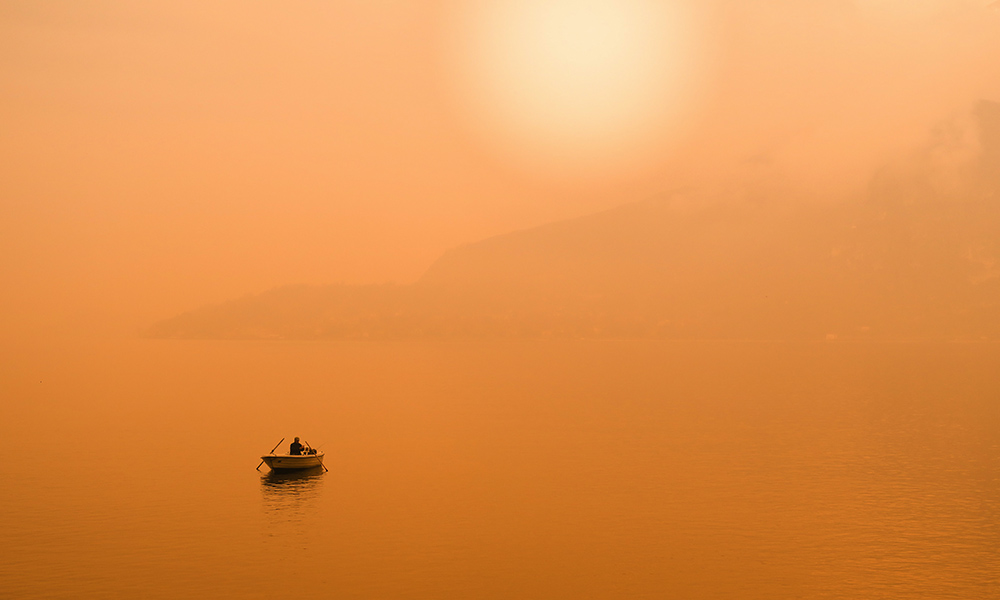 When we enter silence, we come back from exile which is our ordinary state of mind.

It is not birds that speak, but people learn silence.
– Kathleen Raine

“Learning silence”, in the words of the poetess Kathleen Raine, means being able to be silent, to get out of your usual speech. A friend told me a story of students who spent time in the Australian rainforest. Returning to town after a long time in the forest, his students said that in the forest they felt compelled to be quiet, and upon returning they found the constant chatter of humans exhausting. What’s the point, they wondered. Meditators returning from retreats report something similar: How tiring it is to talk!

Immersion in the great forest imposed a respectful silence on the students, which allowed them to witness the vital processes of nature, the constant emergence of life in its time, without artificial justifications. The function of many human words seemed obvious, however – a blind way of proving to oneself that one is alive, or perhaps a way of putting barriers between oneself and the other, ensuring that nothing can come out of the space that silence would make. The philosopher Maurice Merleau-Ponty commented that looking at other paintings after Cézanne’s is like hearing an ordinary conversation resume after a funeral. To enter into this silence indeed resembles a kind of death for the ordinary self.

The silence of nature is not a silence of individual creatures but the silence of the natural world as such. It is fully compatible with sound. It is simply that the sounds of nature are contained in its silence. “Even the dull roar of the waves cannot destroy the experienced silence of the oceans”, writes the philosopher and mystic Omraam Mikhaël Aivanhov. This silence of nature is more than an absence of human language. It’s an overall feeling of confinement and potential, of vitality still emerging and not yet grasped.

The silence of nature is not felt as an absence, a lack of communication, but as a powerful call from nature, a demand for attention. Obeying this command means switching to another type of attention. This change is what we call “being silent”. We descend—really, we go deeper—into a deep attention from which something can come our way. In this state, we can be touched by the intense liveliness and presence of the natural world and its creatures, among which we ourselves are. Laurens van der Post, in his book “The Voice of Thunder”, recounts a time when he and his companions entered Hokkaido in a storm and entered a restaurant to warm up. Suddenly, from the corner of the room behind him, he writes:

a bird began to sing, and it sang with such beauty, such clarity and such authority that the whole room fell silent. I have never heard a more beautiful bird song. My friend and I were almost immediately in tears. . . I don’t know how long the bird sang, but the silence was not broken. Not a teaspoon clinked a glass or a cup, not a whisper, not a rattling of dishes or trays laid out in the large kitchen disturbed her. It was a totally timeless moment in a way that could not be misunderstood, as it was free from all physical and material barriers and obstacles of personal pain and hurt, as if directly filling the measure of will to create invested in this little body of a little bird, unfolding there and rediscovering all of its being, heart in throat.

In the silence in which they fell, the men were able to experience the “full sense of being”, with its vulnerability (the bird had been blinded assuming that blindness would improve its song), its beauty and the authority inherent in Life itself:

The immense power of the music had an almost paranormal commanding quality that was supreme, for it was not an expression of power in itself but purely stemmed from what the music was in itself; an expression rather of ultimate harmony and beauty, asserting itself in its most vulnerable and defenseless form, relying for its own authority and impact solely on its beauty and necessities of order and measure and the lucidity of his voice.

And in a similar experience, at a restaurant in Kenya on a dusty day, van der Post tells us, the roar of a lion came suddenly from outside:

Immediately all conversation ceased and everyone listened with an instinctive reverence like the voice of a god. The lion was near, and the immediacy of the sound flashed from his throat; the authority of the voice proclaimed as if in the name of life itself, by the absence of fear and doubt in its enunciation. Even when the lion’s announcement ended, we remained silent long enough to hear another lion respond at length from a distance. It was only when that response ended the primordial dialogue that the men gasped, as if rising from the air of unfathomable depth themselves, and began to speak again.

The towering sounds of the bird and lion plunge listeners into an “unfathomable depth” of deep silence. There, the voices of the non-human meet the receptivity of listeners at a depth that has no words. To these receptive ears, the voices are those of a god, of life itself. Men are witnesses of a “primordial dialogue”. It is an experience of awe, and there are no human words for it as it happens. Indeed, when people in the restaurant start talking, it’s a sign that they have come out of the depths and are no longer participating in the experience. If the words to this unfathomable experience are to be found, they will evolve over time, with the deepening that is reflection.

Shierry WeberNicholsen is a psychoanalyst in private practice in Seattle and a former faculty member of the Master’s Program in Environment and Community at Antioch University in Seattle, teaching environmental philosophy and psychology. She is the author of “Exact Imagination, Late Work: On Adorno’s Aesthetics” and “The Love of Nature and the End of the World: The Unspoken Dimensions of Environmental Concern”, from which this article is excerpted.