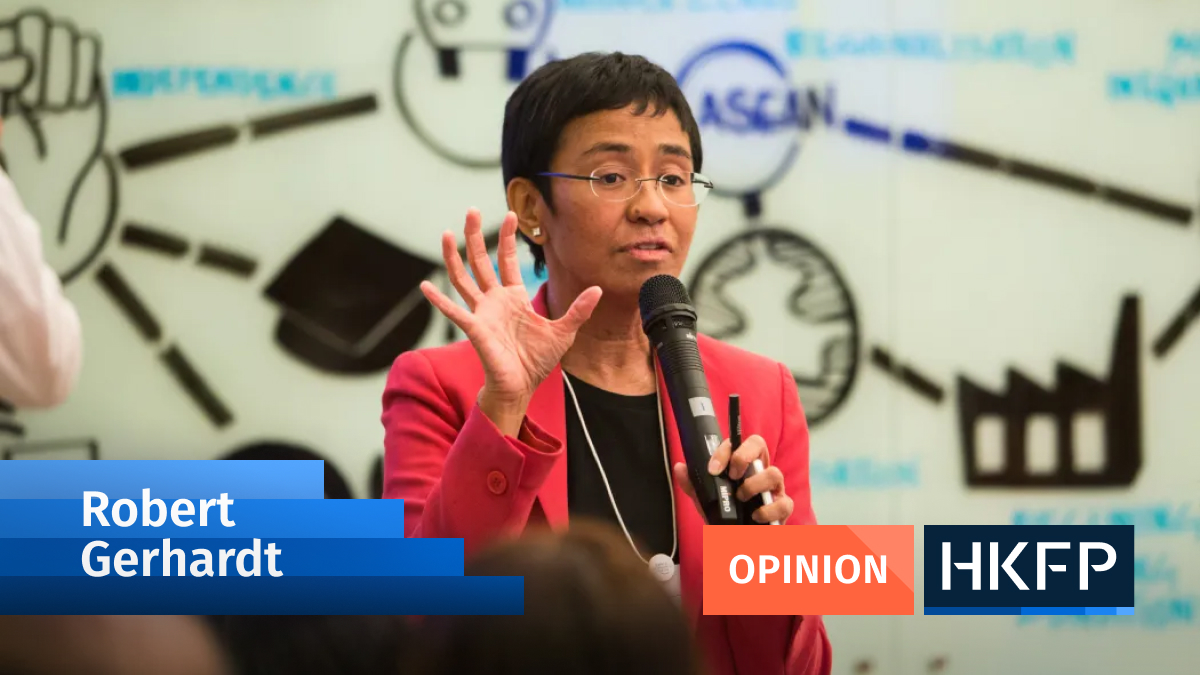 The awarding of the Nobel Peace Prize this year to two journalists, Maria Ressa of the Philippines and the Russian Dmitry Muratov, for their work “safeguarding freedom of expression, which is a prerequisite for democracy and peace. lasting â€, is a recognition of the efforts of all those journalists who face threats, arrests and even death.

Ressa, who runs the news site Rapper, has been the subject of several arrest warrants for his reporting and faces numerous court cases related to the coverage of the war on drugs of President Rodrigo Duterte, who describes the press as “the enemy of the people” .

Muratov is one of the founders of the independent newspaper Novaya Gazeta. While running the newspaper as editor-in-chief for 24 years, his critical and factual reporting covered corruption, police violence, electoral fraud and wars in Chechnya. Six of its reporters were murdered for their work: Igor Domnikov, Victor Popkov, Yury Shchelochikhin, Anna Politkovskaya, Anastasia Baburova and Natalia Estemirova.

Additionally, in the past two months, an unidentified photographer from Myanmar has won both the prestigious Bayeux War Report Prize at the Bayeux Calvados-Normandy Award and the Visa d’Or for News – the biggest prize awarded to the Visa festival. For The Image. He remains anonymous for his own safety in a country where the military junta has jailed journalists for covering the coup and its aftermath.

According to Reporters Without Borders, around 100 journalists have been arrested since the February 1 coup and at least 53 are still behind bars.

On the day the Peace Prize was announced, Russia called eight journalists and media outlets “foreign agents.” They include independent correspondents from Radio Free Europe / Radio Liberty and the BBC, while the media were MNews, Kavkazsky Uzel and Bellingcat. This forces news organizations to submit to audits and many other restrictions. They should be labeled as foreign agents when cited in media reports.

If they don’t, they face fines or jail time. Russia has added 68 people and outlets to the list of 85 since early 2021.

Russia is not the only country to use the law against journalists, citing foreign interference as an excuse.

In early October, Singapore passed the Foreign Interference Act. This new law, under the guise of countering foreign influence, is actually aimed at blocking free speech and removing content that the government considers “fake news” or anti-government. The law would allow the Home Secretary to demand the removal of online content and order the publication of government-authored articles.

The law allows the minister to designate persons or entities as â€œpolitically importantâ€, which would prevent them from accepting donations from people who are not citizens or entities of Singapore. It could also force journalists, researchers and academics, among others, to reveal their communications with non-citizens.

In Bangladesh, the government is seeking to pass a law that would require social media companies like Facebook and Twitter to store their data locally. In doing so, they hope they can use the country’s digital security law to force companies to hand over user data and other information to accounts that are supposed to disseminate “fake news” or “propaganda.” The digital security law has already been used to prosecute journalists, and the expanded law would put more people at risk, as well as social media users in general.

The Maldives Media Council and the Maldives Publishers Guild have said they fear sources are reluctant to report on corruption and other issues. They say the legislation would reduce freedom of the press, which is a constitutionally guaranteed right.

Hong Kong’s National Security Law, which came into effect in June 2020, has had a chilling effect on the city’s media. It resulted in the closure of Apple Daily, the arrest of many of its leaders and the attacks on the Hong Kong Journalists Association, among many others. Four United Nations rights experts are calling on the Hong Kong government to initiate a review of the law, saying it is incompatible with international law and human rights standards.

Reporters Without Borders counts 471 journalists currently imprisoned for their work. With legislation proposed or in force in Singapore, Bangladesh and the Maldives as well as other countries, this number is sure to increase.

In addition to this figure, RSF has 29 journalists who have lost their lives this year alone. So far in October, Raman Kashyap was killed in India on October 3 and Shahid Zehri in Pakistan a week later. Their deaths, as well as those of the six reporters of Novaya Gazeta, are among the 1,416 journalists killed since the Committee to Protect Journalists began keeping records in 1992.

As countries fight “fake news” and “foreign interference” through draconian laws and the arrest of journalists, or even the assassination of those considered a threat, no amount of rewards or recognition will not protect journalists. Every arrest or murder is an attempt by those in power to maintain control at the expense of democratic standards and human rights.

“Free, independent and factual journalism serves to protect against abuse of power, lies and war propaganda. The Norwegian Nobel Committee is convinced that freedom of expression and freedom of information help to ensure an informed public. These rights are essential preconditions for democracy and protect against war and conflict. The award of the Nobel Peace Prize to Maria Ressa and Dmitry Muratov aims to underline the importance of protecting and defending these fundamental rights.

“Without freedom of speech and freedom of the press, it will be difficult to succeed in promoting brotherhood among nations, disarmament and a better world order to be successful in our time.. “