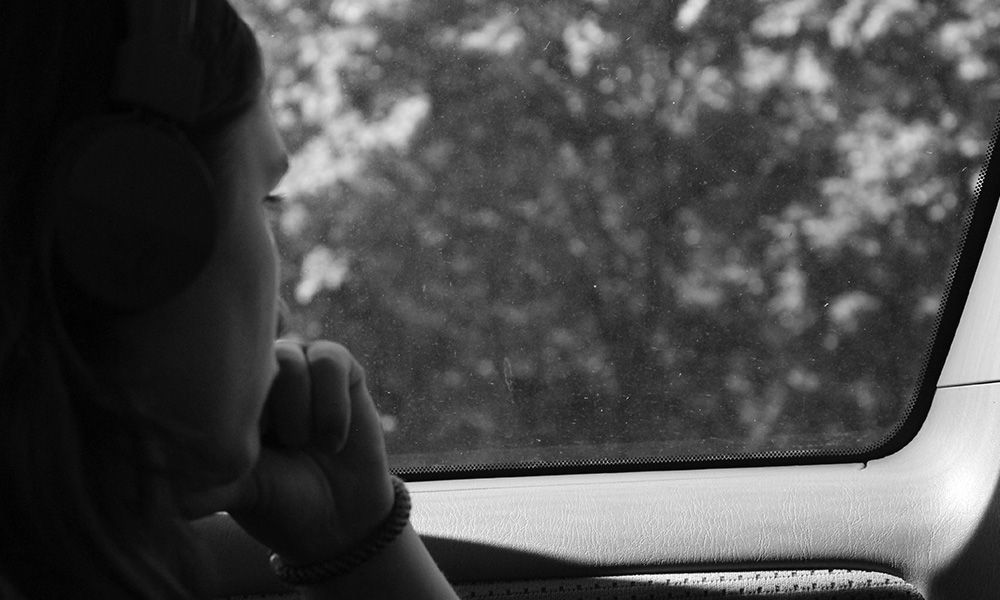 You’re probably familiar with the phenomenon of suddenly catching yourself dreaming while reading. Your eyes move back and forth across the text, but the information is not processed. Instead, you think about the vacation you planned or the argument you luckily resolved yesterday. Before you know it, you’ve reached the bottom of the page, but have no idea what you just read.

When you dream (or mental wandering, as it’s more accurately called in scientific circles), memories you thought were lost forever may resurface, or you may suddenly realize that you’ve forgotten someone’s birthday – the kind of thing that don’t happen when you’re deeply focused. The neural activity that can be observed when you dream is very similar to that found in the “default network”, a network of brain regions that are active during periods of rest. This is a brain state in which you are not actively performing any task; in other words, when your working memory is empty.

We actually spend more of our waking hours daydreaming than you might think — up to half of our day, according to at least one study. About a decade ago, Harvard scientists developed an app that asks test subjects what they are doing at a given time of day (a method called sampling experiment) and report their level of happiness at that moment. Scientists are still collecting more data, but they’ve already compiled a massive amount of it — around 250,000 measurements from more than 2,000 individuals were recorded in this first study alone.

Their results showed that participants spent 47% of their day daydreaming instead of working on the task they were supposed to accomplish. When test subjects indicated that they were thinking about something other than the intended task, they were asked whether they had happy, neutral, or unpleasant thoughts. When the study was published in Science magazine, the title, surprisingly enough, was, “A wandering mind is an unhappy mind.” Participants reported that they were significantly more unhappy when dreaming than when performing a certain activity.

These findings have interesting implications for people who, in their quest for the perfect life, believe that never having to work a day again would make them happy. While this is highly open to interpretation — happiness is a relative concept and notoriously difficult to measure, and the sample taken was not entirely representative of the entire population — it is entirely possible that we are very much happier when we are fully immersed in our work than when we are dreaming. This idea is also found in many forms of relaxation therapy in which people are advised to focus on the activity that is currently occupying their mind (so that they can “be in the moment”), and the Harvard study is often cited in support of such techniques. As scientists themselves have so succinctly concluded, “A human mind is a wandering mind, and a wandering mind is an unhappy mind.”

There are significant differences between individuals in the amount of time we spend daydreaming. We all know the image of a child staring out of a classroom window. You may even be a dreamer yourself. In that case, you might not be surprised to learn that daydreaming can have a negative effect on your ability to perform a specific task. It may be surprising, however, that on average, people who are prone to dreaming a lot have lower working memory capacity and perform worse on IQ tests. That said, we must remember that we are talking about a correlation here and that does not necessarily mean that daydreaming leads to a lower level of intelligence, although there is a strong relationship between the two. And that makes sense – you need a good working memory to be able to maintain your focus, after all. Since you remove your default network when you focus, this automatically means that your default network reactivates when you suffer from a lack of focus and then start daydreaming. You could say that daydreaming is actually poor concentration.

In another excellent daydreaming experiment, test subjects were asked at random times during the performance of a task if their attention was actually focused on the task or if their mind was elsewhere entirely. The results showed, perhaps unsurprisingly, that periods of reduced attention were the times when the most errors were made, but they also offered a possible exit from the maze of daydreaming: the prospect of reward. . When test subjects knew they would receive a reward if they performed well, not only did their performance improve, but they were also less likely to dream. So the next time you want to focus intensely on your work and avoid daydreaming, you could try promising yourself a reward.

So is this bad news when it comes to daydreaming? Well, some scientists believe daydreaming serves important functions as well. For example, when you are less preoccupied with the world around you, it is easier to focus on yourself and make plans for the future. When people are asked what their daydreams are about, many say they are often about personal matters, otherwise known as autobiographical planning. These types of thoughts can serve important functions for our well-being, especially when the task you’re supposed to be focusing on isn’t particularly important or doesn’t require a lot of attention.

Another benefit of daydreaming is that it can make a mind-numbing task more enjoyable. In one study, a team of cognitive neuroscientists found that after asking test subjects to perform a very tedious task for 45 minutes, they reported feeling less happy than before. However, the decline in happiness level was less pronounced in test subjects who reported dreaming during the task. A potential solution to boredom is often included in the list of possible functions of daydreaming. You could think of the brain as a machine that always has to do something. So when you kill time, you can let your thoughts take you briefly into an imaginary future.

One of the most important possible functions often attributed to daydreaming is the stimulation of creativity, the elaboration of new ideas and the taking of time to solve complicated problems – the power of the unconscious. Books on concentration and creativity often advise readers to dream and let ideas emerge on their own. The theory goes that when you dream, your subconscious is busy solving your problems for you. In fact, the argument goes, this sort of thing would be best left to your subconscious.

But this claim is worth investigating. There’s no doubt that taking a break from work so you can come back later and tackle a problem with a clear head is a good idea. It’s intuitive. But can unconscious processes really solve problems for you or unleash your creativity? This argument is based primarily on the findings of psychologist Ap Dijksterhuis, who has written a number of influential scientific books and articles on this topic. His findings are surprising, given what we already know about the human brain. Calculation and reasoning functions are in the domain of working memory and require concentration. Working memory is the place where all the information in the brain is gathered and where the tools we need to be able to consider this information are found. It is also the information we are aware of, and based on these definitions, there can be no “unconscious thought”. After all, that would mean that we also have an “unconscious” working memory that is just as powerful as our conscious working memory. In recent years, the findings of Dijksterhuis and his colleagues have come under increasing scrutiny. Turns out, there’s no clear evidence to suggest the brain can solve problems on its own while you’re taking a mental nap.

However, for many of us, a mental break can have a positive effect, hence the oft-heard suggestion to “sleep on it” when faced with an important decision. Shifting your attention to something else can give you the time you need to approach an issue from a different angle and perhaps even come to a different conclusion. After all, the brain can become exhausted from trying to ignore all the stimuli, both internal and external, with which it is constantly bombarded. So the next time you need a reset, get out there and let your mind wander. Who knows what might happen in your stream of consciousness.

Stefan Van der Stigchel is professor of cognitive psychology at the University of Utrecht and author of “Concentration: Staying focused in times of distraction”, from which this article is adapted.

Video: VA Senate Democrats hold press conference to push back against Glenn Youngkin’s ‘attempt to whitewash the history our children are learning in school’, ‘Relentless Attacks on Public Education’