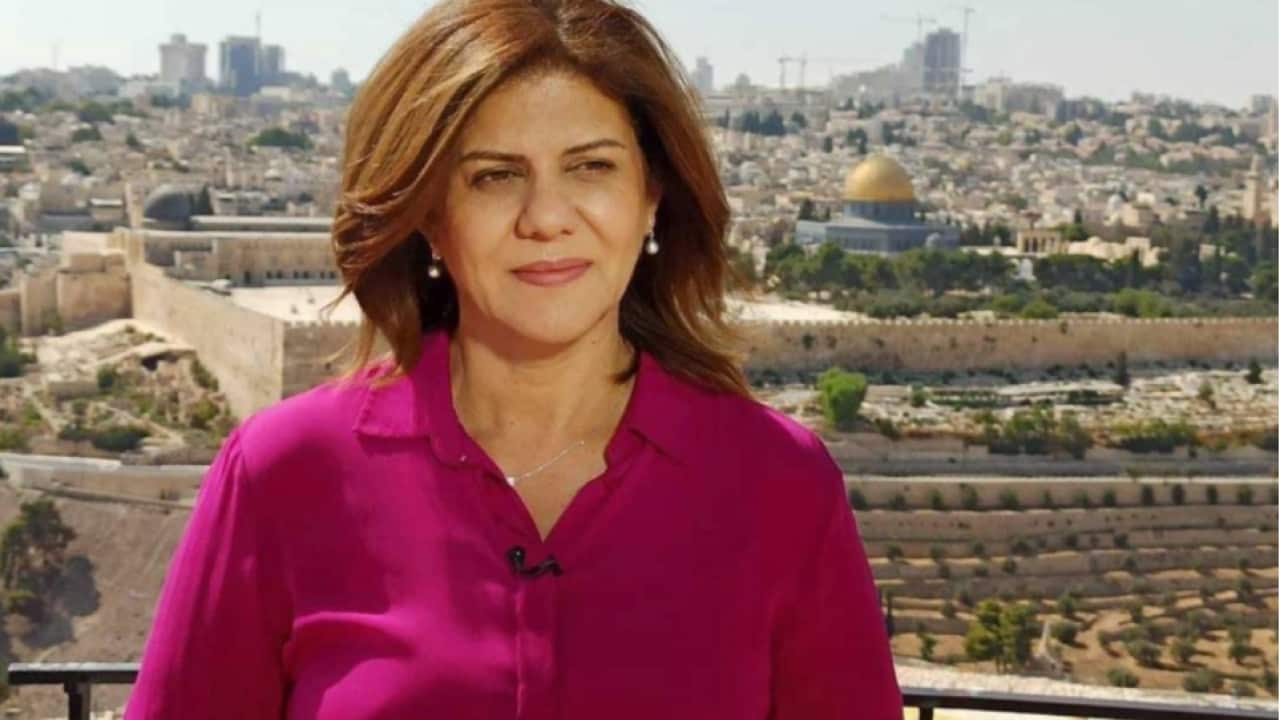 By Roland E. Ross On May 22, 2022
Share
Israel’s decision not to pursue a criminal investigation into the murder of Palestinian-American journalist Shireen Abu Aqla has raised growing concerns about the safety of media covering the Israeli-Palestinian conflict.
Israeli media reports Ha’aretz and the Jerusalem Post said this week that the Criminal Investigations Division of the Israel Defense Forces (IDF) Military Police had ruled out an investigation into Abu Aqla’s murder.
According to Ha’aretzthe main reason given for stopping before an inquest is that there is no suspicion of criminal activity involved in his death.
the veteran AlJazeera journalist and American citizen, 51 years old, .
During the raid Abu Aqla was shot in the head while wearing a press vest and helmet.
Numerous eyewitnesses, including colleagues of Abu Aqla, claim that the journalist was killed by Israeli snipers firing live ammunition in the area where she was standing.
AlJazeera accused the Israeli army of murdering Abu Aqla “in cold blood” in a statement issued shortly after Abu Aqla was pronounced dead in hospital.

The Israeli government has denied this, saying there were several Palestinian gunmen firing at the same location who could “probably” be responsible for Abu Aqla’s death.

In an interim investigation, the IDF said it was not possible to deduce whether Palestinian or Israeli fire was responsible for Abu Aqla’s death.
The United Nations Security Council and the United States government have .
“Members of the Security Council strongly condemn the killing of Palestinian-American journalist Shireen Abu Akleh and the wounding of another journalist in the Palestinian city of Jenin on May 11, 2022,” the UNSC president said in a statement. May 13.
Members of the Security Council called for “an immediate, thorough, transparent, fair and impartial investigation into his assassination, and stressed the need to ensure accountability”.

SBS News has reached out to Israel’s Ambassador to Australia Amir Maimon for comment.

In April, the International Federation of Journalists (IFJ) filed petitions with the International Criminal Court against the “systematic targeting of journalists” covering the Israeli-Palestinian conflict.
According to the IFJ, 46 journalists have been killed by Israeli authorities since 2000.
Professor of international law at the University of Sydney Ben Saul stressed the importance of an independent investigation into the death of Abu Aqla.
“International human rights law requires that whenever someone is killed in a law enforcement incident … there is an obligation for Israel to conduct an independent and impartial investigation to determine responsibility for this dead,” Professor Saul said.
“You have to make sure the nature of the investigation is strong enough.”
The number of journalists killed while covering the conflict is “obviously quite high”, Prof Saul said.
“I think it’s fair to say that Israel is simply not taking seriously its international legal obligation to ensure accountability where alleged killings by Israel occur.”

Lecturer from the Center for Arab and Islamic Studies at the Australian National University, Anas Iqtait, expressed concern over whether anyone will be held responsible for Abu Aqla’s murder.

“Obligations under international law, as an occupying power, mean that Israel is responsible for the safety and security of the property of the people it occupies – this includes journalists,” he said.

Dr Iqtait said Abu Aqla’s murder was “an example of cultural impunity” that exists in Israel.

In May 2021, Israeli forces demolished the skyscraper where the Associated Press was based in the Gaza Strip, along with the offices of Al Jazeera.
“I am shocked and horrified that the Israeli military is targeting and destroying the building housing the PA office and other news outlets in Gaza,” Associated Press CEO Gary Pruitt said.

The IDF said the building was targeted because it understood Hamas, a Palestinian Islamist political group with a militant wing, was hiding military intelligence there.

The lack of responsibility “an absolute parody”

Director of the Journalists Freedom Alliance and Macquarie University journalism professor Peter Greste said there must be no impunity for the killing of journalists.
“Every time a journalist is killed, there must be accountability,” he said.
According to Professor Greste, the murderers of nine out of ten journalists go unpunished.
He said the stat “is an absolute travesty”.
“The fact that we have seen so many Palestinian journalists killed in the occupied territories shows a degree of negligence and… the degree of willful neglect or the will to seek justice,” he said.
Due to disputed claims by Palestinian and Israeli authorities, all experts interviewed by SBS News believe it is essential that an independent investigation into Abu Aqla’s death be conducted.
Professor Greste hailed the IFJ’s submissions to the International Criminal Court (ICC) to seek justice for journalists, including Abu Aqla, whose death has not been adequately investigated.
“If no one else is willing or able to hold the perpetrators of these murders accountable, then I think the ICJ is right to go to the ICC.”
In a statement released last week, the IDF said in its initial investigation that it was unclear who was responsible for his death.
“The initial investigation has concluded that it is not possible to unequivocally determine the source of the shots that hit and killed Ms. Abu Akleh,” the statement said.
“The IDF expresses its deep condolences on the passing of Shireen Abu Akleh, attaches great importance to the preservation of press freedom and will continue to act to guarantee it.”
The Israeli government offered to launch a joint investigation into who and what was responsible for his death with the Palestinian Authority (PA), but the offer was refused.

Palestinian President Mahmoud Abbas said at a public commemoration for Abu Aqla that he would refuse to jointly participate in an investigation with Israeli authorities because he does not trust them.

Israel confirmed on Thursday that it had arrested one of Abu Aqla’s carriers, .

A lawyer for the bearer Amro Abu Khudeir said his client was arrested and questioned about his role at the funeral.
According to lawyer Khaldoun Najm, Israel also claimed to have “a secret file on [Khudeir’s] membership in a terrorist organization.
“I think they will arrest more young men who attended the funeral,” Mr Najm said.
“For them, the subject of the funeral and the coffin was outrageous.”
Police have denied any link between the funeral and Mr Khudeir’s arrest.
“We are witnessing an attempt to produce a plot that is fundamentally incorrect,” they said in a statement.
“The suspect was arrested in connection with an ongoing investigation which, contrary to allegations, had nothing to do with his participation in the funeral procession.”
Police justifications for the raid at St. Joseph’s Hospital have varied.
Israeli police, in an apparent attempt to prevent mourners from moving on foot rather than taking the coffin by car, burst through the courtyard gates and charged into the crowd, some beating the pallbearers with truncheons and kicking them.
They cited the need to stamp out “nationalist” chants and also said “rioters” among mourners were throwing projectiles at officers.
Abu Aqla was widely respected for her coverage of the Israeli-Palestinian conflict for three decades, and was a household name among those who watched AlJazeeraTV-news.