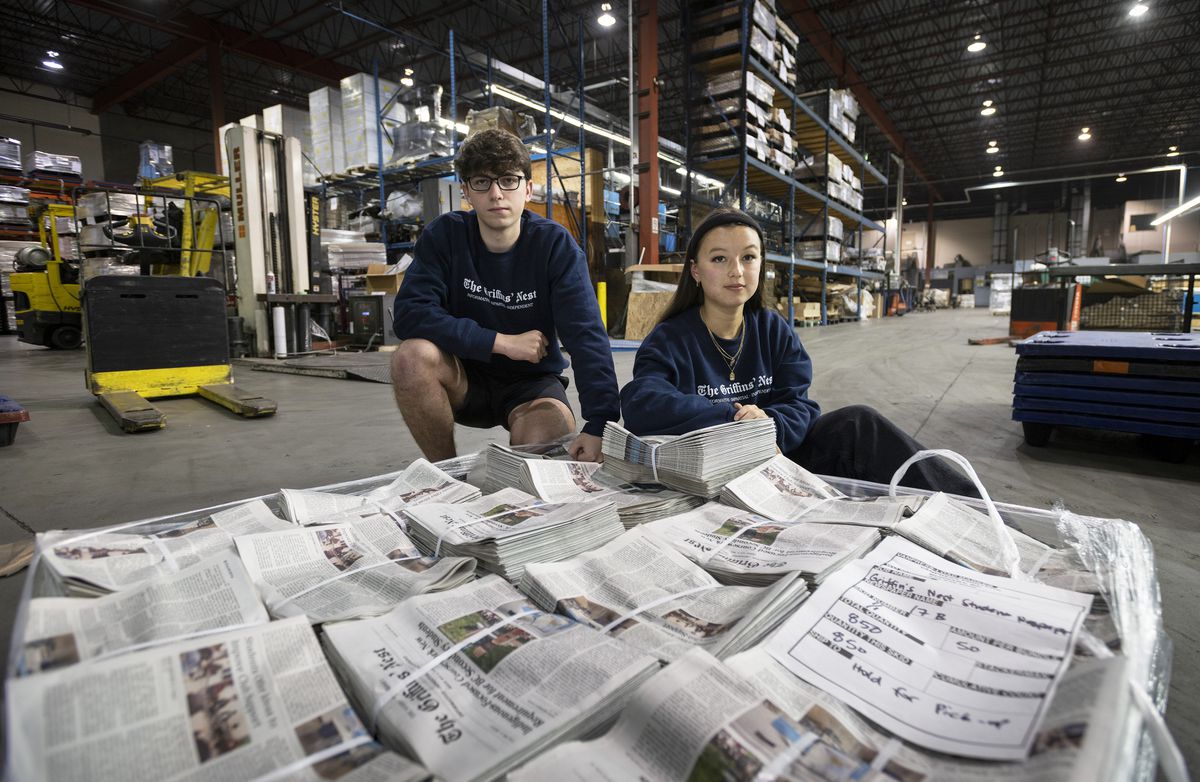 A student newspaper at Eric Hamber High School was set to publish a new issue last year featuring an editorial criticizing the lack of consultation in the Vancouver school board’s decision-making processes.

“It is often unclear when, if and how the VSB uses student and teacher feedback to create policy. There needs to be greater transparency about the direct correlation between student and teacher voice and board action,” reads the May 2021 editorial from the Griffin’s Nest.

But when Nest editor Spencer Izen passed by an Eric Hamber administrator’s office, customarily informing him that the pre-printed copy was ready for review, the teenager was asked if the he article contained something controversial and was told that the issue required the director’s opinion. “blessing.” The administrator was apparently made aware of the issue after the VSB forwarded Mr Izen’s request for comment to Eric Hamber.

Mr. Izen, who is passionate about constitutional law and media law, saw the exchange as a threat to his freedom of speech as defined in the Charter of Rights and Freedoms. He and Jessica Kim, the newspaper’s editor, hopped on the SkyTrain after school that day and headed to the BC Civil Liberties Association office. Their trip marked the start of a year of advocacy to provide student journalists with the same protections given to other journalists, culminating in a student press freedom bill, the first of its kind in Canada.

“Young people in our society don’t have many rights, they are infantilized,” said BCCLA policy director Meghan McDermott, who demanded that Eric Hamber and the VSB recognize student rights.

In the meantime, the Nest continued to harass the VSB with critical coverage. When Mr. Izen, 18, became editor of the Nest in September 2020, he wanted to steer the publication in a more challenging direction.

“I started to realize that… there’s a lot more critical coverage that we could do. And one of the greatest tenets of journalism is to just ask questions until you get an answer,” he said.

Coverage of The Nest in recent months includes reports of parents’ concerns over VSB’s decision to end a full-time program for gifted elementary students next year, prompting the board to return on his plan; And one open letter this month, mocking the board’s proposed new rules for extracurricular activities and social media guidelines.

But the censorship complaints began with an editorial on disinformation in December 2020. According to Mr. Izen, school administrators expressed concern when the article called QAnon fake and called it a conspiracy theory.

Eric Hamber’s manager, Marea P. Jensen, did not respond to The Globe and Mail’s requests for comment on the nest, instead referring questions to the VSB. The board said in an unattributed email statement that neither the school nor the district censored articles written by The Griffins’ Nest and that the articles in question were published.

The VSB statement indicates that the Nest is an extracurricular student club and as such there must be a sponsoring teacher to maintain oversight, provide operational and business feedback and ensure the code of conduct of the school and the district is followed.

“The District agrees that students have the right and freedom to express themselves in schools, as set forth in the Charter of Rights and Freedoms,” the statement said.

The newspaper also challenged new changes to the provincial freedom of information and protection of privacy law, which require a $10 fee to submit a freedom of information (FOI) request. . The Nest reporters asked the district to waive the fee but were denied; the VSB said fees were applied due to the significant human resources required to produce documents for the application. Students took to Twitter on Twitter in April, arguing that students should be able to access the FOI process for free.

They won support from some members of the public, receiving nearly $2,000 in donations to support their journalism. Additionally, they were mentioned in the BC Legislative Assembly in April, when Liberal MLA Bruce Banman called on the provincial government to consider including student media in the fee waiver.

But the Nest reporters believe their rights can only be protected if they are spelled out in law – a belief underscored when they were denied access to a school board public dialogue session a few weeks ago . The VSB said it wanted to create a safe space for all attendees to share their thoughts and decided not to allow any media to attend the events.

Seeking Legal Protection, the students spent approximately eight months researching, writing and taking advice from lawyers, attorneys and legal aid reporters to write a four-page draft of the law on freedom of the student press for British Columbia. The bill, which has yet to ask a provincial politician to introduce it in the Legislative Assembly, aims to end unfair censorship of student media, ensure the protection of their confidential sources and provide them with a forum to access justice.

The law has been endorsed by several student organizations and media, including the BC Freedom of Information and Privacy Association, the Canadian Association of Journalists, the Canadian Civil Liberties Association, and the US-based Student Press Law Center.

“My ministry believes in the importance of a free and robust Fourth Estate, including at the secondary level,” Mr. Eby said in a statement without committing to passing the bill.

The Attorney General’s office is also coordinating a meeting between Nest students and the province’s ombudsman to discuss the challenges facing student journalists in British Columbia and how they can work together to address them.

Ms Kim said students are aware there is a “power imbalance” between them and the school district and Eric Hamber’s administration. Their articles critical of the council have also worried some of their parents, who fear it will jeopardize the future of these students.

But the teenagers have not been intimidated and have no plans to back down: Mr Izen, for example, said he had turned down his offer to go to Harvard University next year in order to continue advocating. for passing the bill he helped draft. .

We have a weekly Western Canada newsletter written by our British Columbia and Alberta bureau chiefs, providing a comprehensive package of news you need to know about the region and its place in the issues facing Canada confronted with. register today.