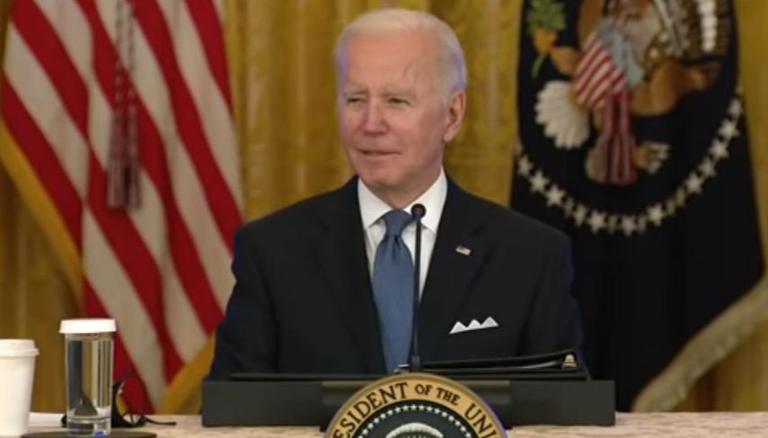 US President Joe Biden’s latest abusive remarks to a Fox News reporter have sparked controversy and raised questions about his administration’s stance on free speech. In his first year in office, President Biden signed a number of executive orders that are expected to have an impact on free speech. In times to come, it will be clear how the 46th President of the United States will be remembered in terms of defending free speech. But so far, he doesn’t seem to be any different from his predecessor Donald Trump in terms of attacking the media. Restoring respect for a free press was one of many items on President Biden’s to-do list, but it appears the Democratic leader has no intention of completing it.

Ahead of the 2020 election, Joe Biden had launched a fierce attack on his rival and former President Trump for his continued attack on the media as well as introducing laws restricting a range of freedoms. Earlier under the Trump regime, outgoing US Vice President Kamala Harris spoke out against the treatment of the press.

The First Amendment and freedom of the press are essential to our democracy. The WH’s latest attack undermines our values.

There has been a distinct lack of leadership in supporting democratic values, such as press freedom and the right to dissent, over the past five years in the United States. First, Trump has repeatedly attacked the press and allied himself with dictators around the world during his reign, and incumbent President Biden’s unacceptable behavior towards the media has raised serious doubts about the support of Democrats for a free press.

The latest incident is relevant to Biden’s abusive remarks to a reporter during a White House event on Monday, Jan. 24. President Biden was surprised by a hot microphone after losing his temper during a regular press conference. He called Fox News reporter Peter Doocy “a stupid son of an ab***h” after the latter asked him about the country’s skyrocketing inflation. After Biden finished his prepared speech at the White House rally, several reporters began asking the president questions. Doocy then shouted his question, asking if Biden thinks “inflation will be a political handicap ahead of the midterm elections?” In response to that, Biden said, “That’s a great asset. No more inflation? What a stupid ab**** son.” Video of Biden’s remarks was widely shared on social media platforms, sparking outrage among Americans.

Biden has berated reporters on more than one occasion

It bears mentioning here that this was not the first time President Biden berated reporters for asking questions about topics he disliked. Earlier, Biden had attacked a journalist from FoxNews when she asked about the escalation of the Russian-Ukrainian conflict. “Why are you waiting for Russian President Vladimir Putin to make the first move?” the reporter asked, to which Biden replied: “What a stupid question,” according to FoxNews. Notably, after taking office as the 46th President of the United States, President Biden had advised his employees to treat their colleagues and members of the press with respect, however, his own actions do not appear to be in line with what he preaches.

Biden’s popularity as the president begins to wane

It is important to mention here that Biden’s popularity as President of the United States has already started to decline in the country. According to a new Associated Press-NORC Center for Public Affairs Research poll, 56% of Americans disapproved of Biden’s performance as president. Currently, only 28% of Americans want Biden to run for re-election in 2024, with just 48% of Democrats backing him, the research found.

What to know before borrowing