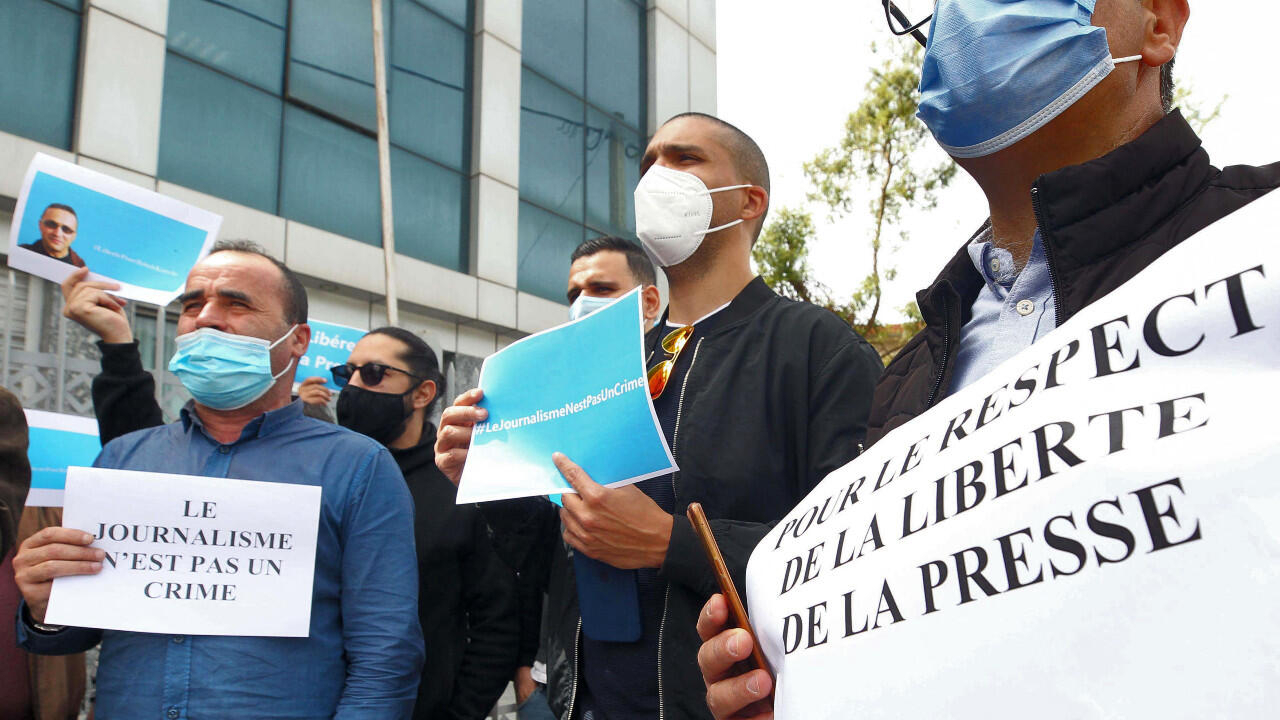 Algerian authorities arrested a journalist from a local French-language newspaper and searched his home, a human rights group and one of his colleagues said on Monday.

“Mohamed Mouloudj, journalist for the daily LibertÃ©, was arrested on Sunday and his home searched,” the Algerian League for the Defense of Human Rights (LADDH) said on Facebook.

â€œHe is still in detention in Algiers.

Mouloudj’s newspaper, where he has worked for a decade, did not immediately comment, but a colleague confirmed the arrest.

“He had already had problems with the security services, which confiscated his passport for months,” said Ali Boukhlef.

â€œHe had also been arrested on several occasions.

Another Algerian journalist, Hassan Bouras, was arrested a week ago and formally remanded in custody on Sunday, accused of “glorifying terrorism” among other crimes, his lawyers said.

Algeria is ranked 146th out of 180 countries and territories in the Reporters Without Borders (RSF) world press freedom ranking.

According to the prisoners’ rights group CNLD, around 200 people are in prison in connection with the pro-democracy protest movement Hirak which has been rocking the North African country sporadically since 2019, or on individual freedoms.

Also on Monday, police announced the arrest of 16 people suspected of belonging to the Movement for the Autonomy of Kabylia (MAK), which the government considers a terrorist organization.

They were arrested in connection with an investigation into the recent forest fires in the northeastern region of Kabylia and the lynching of a man after rumors spread that he had started deadly fires In the region.

An unidentified journalist is believed to be among the 16 suspects.

The state-run APS news agency, citing police, said 11 of those arrested were “involved” in the murder of Djamel Ben Ismail, who had volunteered to help put out the fires that claimed dozens of lives. in August.

More than 80 suspects have been arrested for the man’s death.