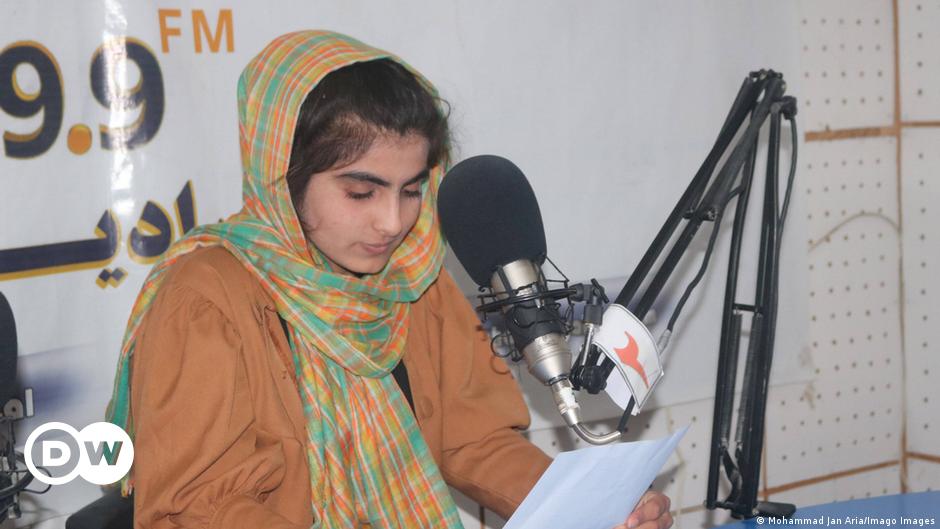 Afghanistan: How press freedom has collapsed since Taliban seizure | Asia | An in-depth look at current events from across the continent | DW

Selma (name changed) was a journalist and activist living and working in Panjshir Province, northeastern Afghanistan. She lost her job following the Taliban takeover of the war-torn country in August.

After being threatened, she left the area and is now hiding, selling bolani, a local flatbread, on the streets to survive.

â€œI worked as a journalist and human rights activist,â€ said DW Selma, who asked not to reveal her true identity for fear of reprisals. “As you know, women’s rights are strongly linked to religious ideologies, so we have always been in conflict with extremists. This has put us in danger.”

Selma is among thousands of journalists and media professionals who have lost their jobs in Afghanistan since August.

According to a report published in December by Reporters Without Borders (RSF), 40% of the media have closed in the past five months and around 6,400 journalists have lost their jobs. Hundreds have fled the country. The report adds that more than 80% of women journalists are now out of work.

Some provinces in Afghanistan ended up with only a handful of media outlets, and those that remain have stopped broadcasting music, removed foreign content, and removed female hosts.

Most have also relaxed their media coverage for fear of closure or worse and now broadcast strictly religious content.

Afghan citizens who have enjoyed a variety of media choices over the past two decades now have little access to critical news and information.

“Without a free press capable of denouncing the flaws of bad governance, no one will be able to claim to fight against famine, poverty, corruption, drug trafficking and the other scourges which afflict Afghanistan and prevent a lasting peace”, Reza Moini, president of RSF’s Iran-Afghanistan office, said the report.

Taliban: We have a “free and dynamic press”

Faced with a crumbling media landscape, Taliban officials have told the international community that they stand up for press freedom and that journalists are not threatened.

â€œUnfortunately, I have to say that some media houses have closed, but it’s not because of us,â€ Balkhi said, adding that they were largely the result of a loss of donor funding.

This positive view of the media situation was echoed by Abdul Wahid Rayan, spokesperson for the Ministry of Information and Culture, who told DW: â€œWe have meetings and collaborations with journalists and owners. media all the time and anyone who has a problem can share it. with us. We believe in freedom of the press. “

Since the Taliban took power in August, no Western country has recognized the new government. This made it difficult for the Islamic fundamentalist group to access international capital and funding.

Even in the face of a looming humanitarian crisis and growing calls for UN support, foreign governments have so far failed to recognize the Taliban administration and provide support.

Some observers see the Taliban’s declared support for a free press in the country as part of a broader strategy to garner international recognition.

A longtime media observer who fled to Europe in August, who asked not to be named because he feared reprisals against his colleagues in Afghanistan, supported this argument.

He told DW that if a journalist was arrested or tortured, and it was covered by the international press, it would undermine the Taliban’s goal of international recognition.

â€œMy organization has documented dozens of acts of violence against journalists and in no case has anyone been brought to justice,â€ he told DW. “We believe that any discussion with the new government should include the situation on the ground with regard to press freedom as a basic human right.”

Funding sources are drying up

After the US invasion of Afghanistan in 2001 and the relative peace that accompanied it, hundreds of media outlets have sprung up in all corners of the country.

With funding sources ranging from international donors and local politicians to local advertising revenue, the country’s media landscape has broadened to become the most diverse in the region.

The country’s largest commercial television channel is TOLO TV, owned and operated by MOBY Group. The station was launched in 2004 and, along with its affiliates, continues to broadcast across Afghanistan.

Saad Mohseni, Chairman and CEO of MOBY Group, told DW that a number of factors are contributing to the media shutdown, including loss of grants from the international community, loss of advertising revenue, understaffing and bullying in the provinces. .

While he remains hopeful for the media industry, Mohseni said daily guidance from various Taliban ministries made it difficult for broadcasters to know what can and cannot be broadcast.

Ezatullah Akbari, a member of the media watchdog Nai – Supporting Open Media in Afghanistan, has worked with numerous media outlets outside of Kabul which have since closed.

He says the country may soon lose the majority of its journalists, many of whom have been trained.

“A lot of journalists leave Afghanistan because they have no job and no money,” Akbari told DW.

For most women journalists, leaving Afghanistan is the only option.

One of the few remaining in the country is Meena Habib. She has been a reporter for eight years and publishes Roidadha News, a local news site. She also does investigative work for various other media outlets, often focusing on women’s issues. She told DW that the situation was serious but that she continued to do journalism because she believed in her profession.

“Journalists, especially women journalists, have suffered an uncertain fate in the past five months since the fall of Afghanistan to the Taliban,” she told DW. She too was threatened by the Taliban and beaten while covering a women’s protest.

After two decades of freedom to pursue studies and careers, women like Habib must now live in a new reality where they are no longer equal members of society. While Taliban officials claim that women can continue to work, the reality is that in journalism, this is not the case.

According to the Reporters Without Borders report, 15 of the 36 Afghan provinces no longer have a single female reporter. In Kabul, only about a quarter of the women who were working in early August are still employed.

“The progress seen over the past 20 years was wiped out in a matter of days by the Taliban takeover,” the report said. Habib acknowledges that press freedom does not currently exist under the Taliban but that outside pressure could help the remaining journalists.

“The international community must work to ensure that the rights of women journalists who wish to continue reporting in their own country are protected,” she said.

Unfortunately for Selma, staying in Afghanistan would mean continuing to live in fear of the Taliban.

Now living alone in a large unknown city, she is unable to see her family. It had a huge emotional impact and she is desperately looking for a way to escape.

â€œI have to find a way out of this darkness,â€ she said.

Ahmad Hakimi and Sifatullah Zahidi contributed to this report.